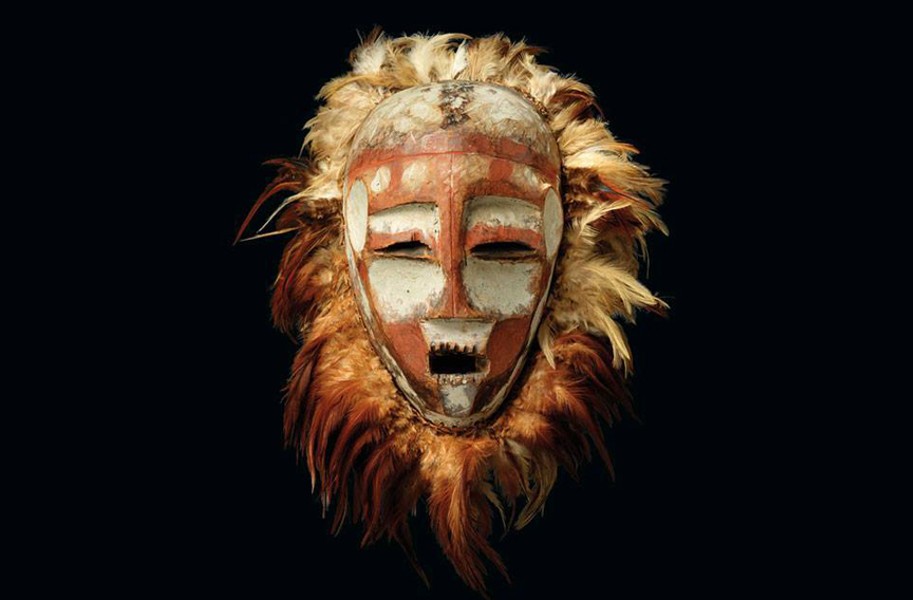 Marc Leo Felix, the founder and director of the Congo Basin Art History Research Center in Brussels, Belgium, remembers a typical transaction for his highly unusual collection of Congo masks.

"I was in a village and I was very friendly with the chief or the king. He said, 'Well, I have this mask here. We no longer use it because we no longer believe in these things. If you give me this and this — I cannot remember exactly what it is — I will give it to you.' So we made a trade. I gave him some things and he gave me the mask," he recalls.


Felix, 77, is the guest curator of the Virginia Museum of Fine Arts' upcoming exhibition, "Congo Masks: Masterpieces from Central Africa" and he laughs at the
thought of collecting objects in the field today, insinuating that it's a young man's adventure.

"I went on my own [in 1959]. I worked on a ship as a cabin boy and I went to the Congo and then I started my adventures," Felix explains. "I'm Belgian and Belgium used to be the colonial authority in Congo. … So it is much easier to study something that is close to your home."

Shortly after he arrived in the Congo, he began collecting masks and continued to acquire objects until roughly the late 1980s and early 1990s. He supplemented these masks found in the field with things — masks, instruments, and photographs and films made by missionaries and anthropologists from the 1920s to 1950s — that he bought around the world. He points out that by the time he arrived in Africa, the best masks had already left the continent shortly after Belgian colonial rule began in 1908.

For the exhibition, Felix's private collection of masks dating from the 17th to 20th centuries, which is normally only accessible to scholars of African art, will be showcased alongside other privately owned items from collections in Hong Kong, France, China and Belgium. With the exception of a few items shown in the 1970s at the Smithsonian in Washington, most of these 130 works have only been exhibited in China, where 5 million visitors viewed the exhibition. Museum Director Alex Nyerges and his wife, Kathryn, attended the opening in August 2016 in Nanjing at the invitation of Felix, a personal friend of Nyerges' for more than two decades.

For the exhibition in Richmond, the objects will be divided by culture and climate into 11 zones, basically enhanced with enlarged photographs. Wall treatments depict, for example, the heavily forested jungle or desertlike savannas, indigenous music, and maps, which are meant to immerse visitors and illustrate the vastness of the Congo.

This is the first major exhibition of masks in America in 30 years, explains Chief Curator Michael Taylor, adding that it's clear the masks are the star of this show with supporting materials to inform visitors of the broader context and how they were used in sacred ceremonies. One photograph even records one of the masks featured in the show being used in a ceremony, a rare occurrence because outsiders were not typically given access to these sacred events. But these masks are now retired, as Felix explains:

"The authorities believe that they are not efficient. OK? A mask is supposed to be efficient. … It has to be able to alter events in the future. If that doesn't work, they just burn it or throw it away. … Some masks lose their power and then they just get rid of them."

Felix notes that of the 40 Congolese cultures that are represented by the masks, 90 percent remain but only about a quarter continue to use these types of masks.

For the VMFA, making these cultural connections to existing and disappearing cultures is key. Nyerges points out that the exhibition, which continues into 2019, will coincide with the 400th anniversary of the first Africans' arrival in Virginia.

"It's obviously a tragic anniversary," Nyerges says. "The first Africans to come to Virginia were slaves. People just don't know and understand the richness of the culture and aesthetics, in this case the people of the Congo, but that can be repeated across the Ivory Coast to Liberia to Kenya to everywhere in sub-Saharan Africa." S