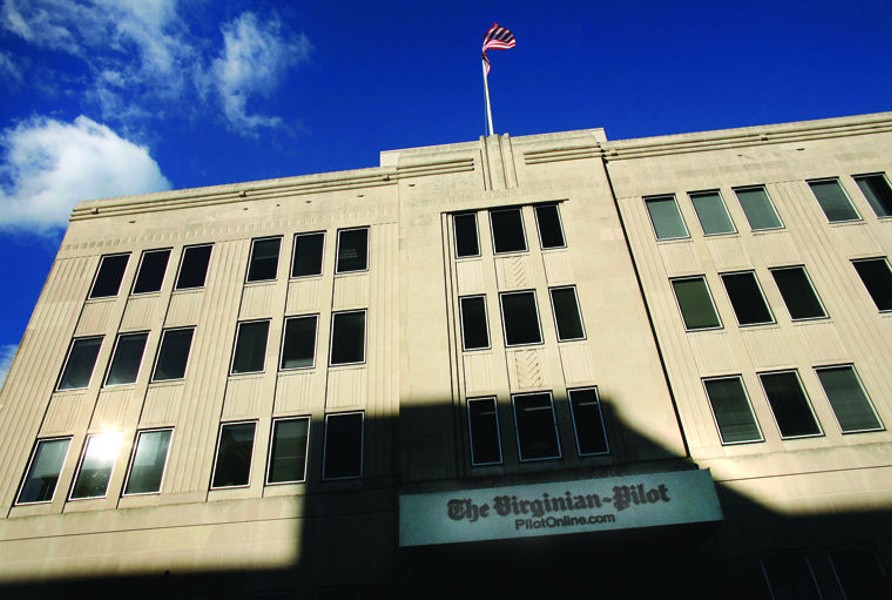 The Virginian-Pilot has been sold to a Chicago-based newspaper publisher, officials said today.

The purchaser is Tronc, formerly known as Tribune Publishing. It owns metropolitan papers in cities such as New York, Baltimore and Orlando. It also owns The Daily Press of Newport News.

The cash purchase price was $34 million.

"In order to most effectively continue its important work, The Virginian-Pilot must have the benefit of the resources of a large organization,” said Rusty Friddell, general counsel of Landmark Media Enterprises, former owners of the Pilot. “Tronc brings the scale and commitment to best serve our important mission."

The acquisition includes subsidiary publications, such as Inside Business and Style Weekly. It also includes The Pilot's downtown Norfolk headquarters and printing plant in Virginia Beach.

"Style Weekly is honored to have been a part of the Batten family's storied portfolio of media and journals," says Style publisher Lori Waran. "We look forward to exciting days ahead with our new owners."

The Virginian-Pilot is the largest daily paper in Virginia. It was founded in 1865 and has a print Sunday circulation of 132,000.

The Virginian-Pilot has won three Pulitzer Prizes and was a 2018 Pulitzer finalist in investigative reporting.

In addition to the Daily Press, Tronc owns some of the country’s best known metropolitan newspapers including The Chicago Tribune, The Baltimore Sun, The New York Daily News, The Hartford Courant, The Orlando Sentinel and the Sun-Sentinel of south Florida. It currently owns the Los Angeles Times, but has announced the sale of that paper and several other papers in Southern California.

Tronc was formerly known as Tribune Publishing, but changed its name in 2016 to better reflect its digital news focus. Tronc stands for “Tribune online content”.