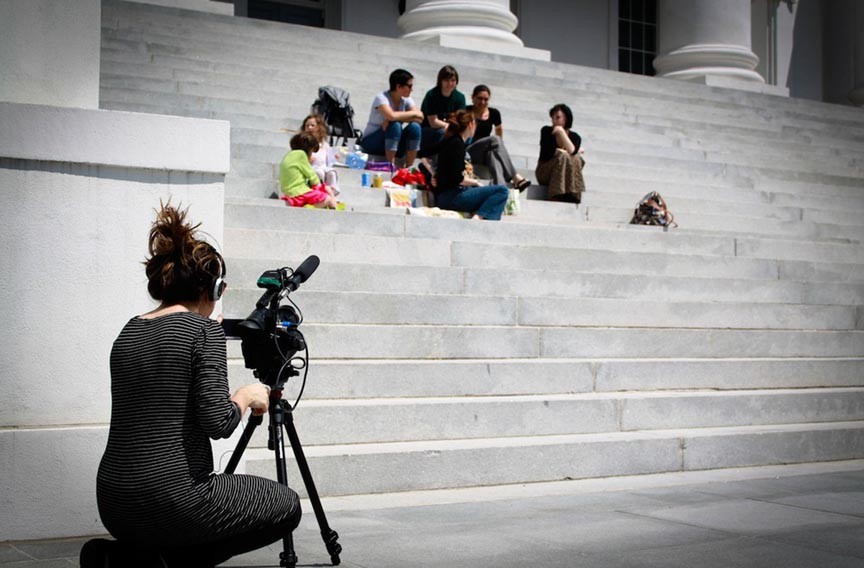 The 2012 controversy over Virginia's abortion clinic regulations and ultrasound law is taking center stage again, this time on the national film-festival circuit.

"Political Bodies," a documentary covering activists' struggle against the measures, premiered Oct. 24 at Texas' Austin Film Festival, where it won best documentary. It plays in-state for the first time Saturday at the Virginia Film Festival in Charlottesville before heading to the Seattle Film Festival.

The film's director, Christopher Englese, lives in New York, but says he became interested in Virginia politics in 2008 when Barack Obama carried the state. When the women's rights protests broke out during the 2012 session of the General Assembly, he and his Allied Production House crew packed their bags and drove south to cover the controversy for three months.

The result is a film that documents the "fearlessness and determination needed to stand up for one's autonomy against state legislators," he says.

The film's main characters include Molly Vick and Shelly Abrams on the activist side. Among those representing the push for the new regulations are Victoria Cobb of the Virginia Family Foundation and Republican Delegate Bob Marshall.

Englese says he's entered the film in 10 other festivals and is waiting to see if it has been accepted. He says the film's success in Austin bodes well.

"Winning Austin — it's a really big film festival and we're really honored, and to be blunt, shocked that we did so well," he says. "We're just really excited to bring more attention to this cause."