Can someone who isn’t an American citizen illegally register and vote in Virginia’s elections? Yes.

Can a felon whose rights haven’t been restored vote undetected in Virginia? Yes.

Can someone be registered to vote in Virginia and another state and illegally cast ballots in both places? Yes.

State and local election officials acknowledge all those crimes can happen in the Old Dominion because the state’s voter rolls aren’t airtight.

Even with those gaps, the same officials and a prominent election expert argue there’s no evidence of widespread voter fraud. They reject President Donald Trump’s often-repeated but unverified claim that millions of noncitizens illegally voted against him in November.

“If you want to find thousands or even millions of people who committed voter fraud, good luck with that, because there’s no way that’s true,” said David Becker, lead author of a 2012 Pew Center on The States study of the nation’s voter registration systems.

Court records back him up where Virginia’s concerned.

A review of Circuit Court filings for most of Virginia’s cities and counties show there were 91 such convictions over a 10-year period ending in 2015. By comparison, voters cast 18.3 million ballots in seven statewide elections during the same time period, according to election records.

Fifty-five convictions were connected to one scandal in Wise County, in which a town manager pleaded guilty to multiple charges related to rigging a 2004 Appalachia town election.

Most of the rest – 30 convictions – were in Norfolk, where all but four of the voters were found guilty of illegally casting ballots in the 2008 or 2012 presidential elections, records show.

Pew reported major national problems with voter record-keeping, including evidence that more than 1.8 million dead people remained on the rolls. The study, which argued for modernizing record systems, estimated that one of every eight U.S. voter registrations were inaccurate or no longer valid.

Trump has cited Pew’s work as proof of widespread illegal voting. He’s joined by the conservative Judicial Watch watchdog group and the Heritage Foundation, which argue that fraudulent voting is rampant and requires a federal investigation.

“Why is that?” Judicial Watch President Tom Fitton said during a webcast Thursday. “Because if there is voter fraud, whether it be a dozen, a few hundred, a few thousand or – as President Trump seems to allege – a few million, those are votes that are stolen from average Americans who are voting lawfully.”

Becker strongly disagrees. While voter-roll maintenance needs to improve, he said, there’s no evidence to justify the leap from a troubled system to accusations that legions are voting illegally.

“It takes a conspiracy of millions and millions of people working in concert,” said Becker, who left Pew last year to form the Center for Election Innovation & Research. 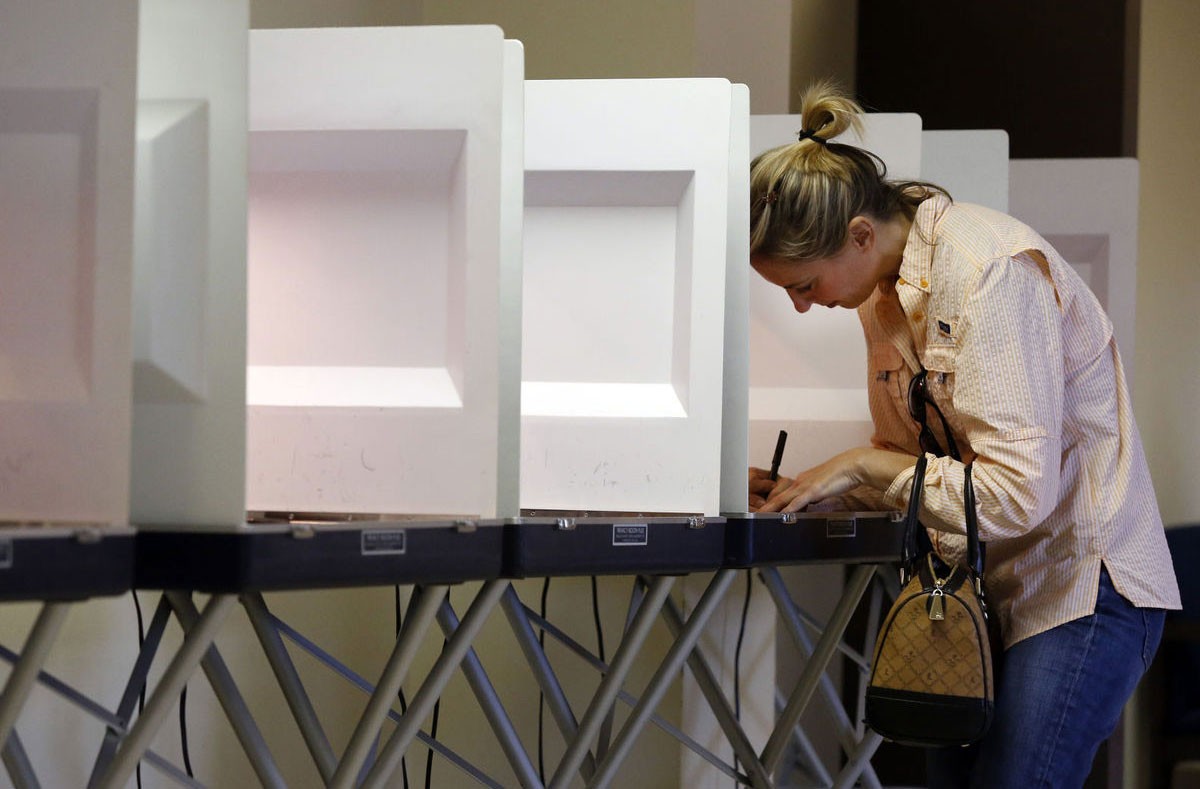 In Virginia, several local and state election officials say there are loopholes that can be exploited by someone willing to risk a felony conviction. But, like Becker, the officials stress there’s no hard evidence it’s a major problem.

As is the case in almost all states, Virginia’s voting system relies heavily on the proposition that people won’t risk committing a felony – which carries a possible prison sentence and loss of many rights – just to cast a ballot.

No identification document is required to register to vote. Applicants have to provide personal information, including a Social Security number and date of birth. They also must affirm that they are U.S. citizens and have not been convicted of a felony or judged mentally incompetent.

The form warns that it’s a crime to lie.

The front line for policing voter rolls are registrars in each city and county who decide what names are included or excluded based on their own checks and those done by the state Department of Elections.

If the registrars spot what they believe to be illegal registrations or voting, they can turn over the information to the State Police or their local commonwealth’s attorney for investigation.

Among South Hampton Roads registrars, Norfolk’s Stephanie Iles is the most aggressive in working with investigators. While registrars in Portsmouth, Chesapeake and Virginia Beach said they’ve referred anywhere from a handful to a little more than a dozen in a year, Iles asks investigators to examine hundreds of voters.

Most of the 30 convicted in her city in the decade ending in 2015 accepted plea deals that resulted in suspended prison sentences, no fines and court costs ranging from $251 to $1,695. No one was jailed.

“We’ve had people, for example, vote here in Virginia and vote in another state,” Iles said.

Iles acknowledged she’s more aggressive than most registrars, but she doesn’t see evidence that voter fraud is widespread.

“I don’t know where they’re getting that information,” she said. “Most of the stuff we see is at the beginning. … They lied on the application or they misrepresented on their application, in which case they get denied.” 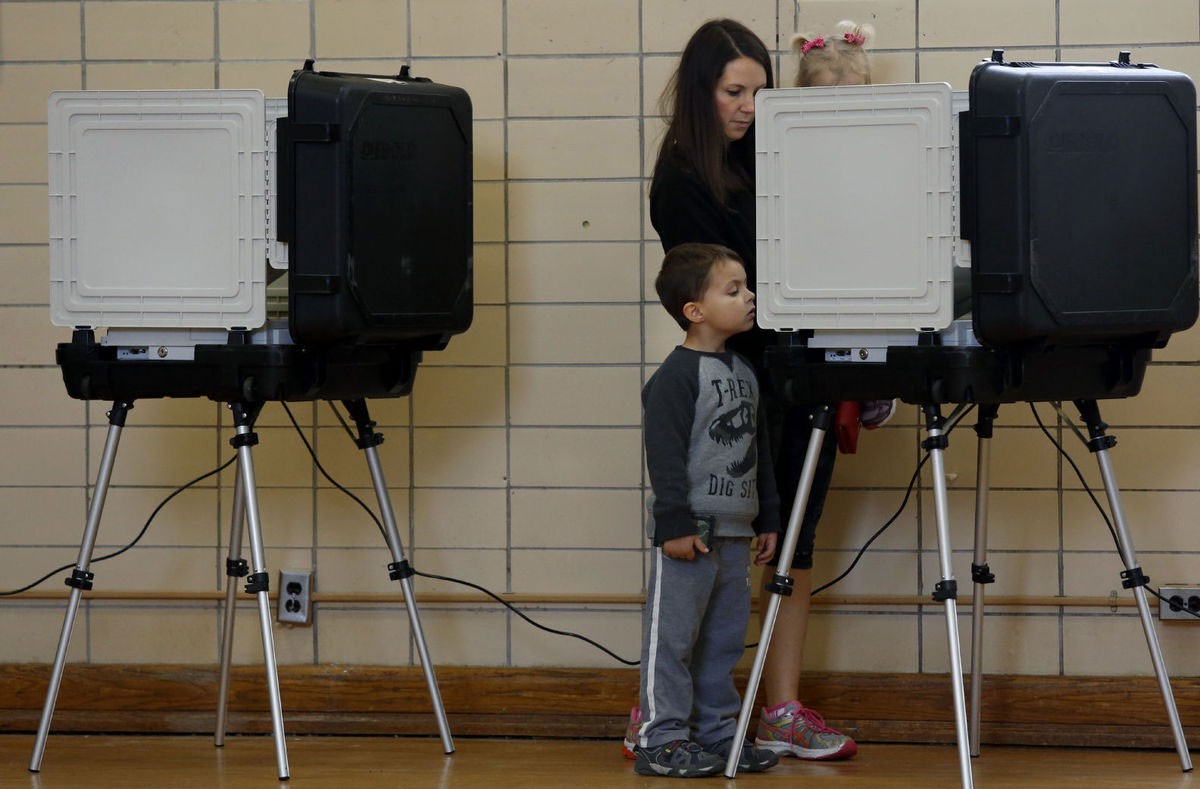 While registrars control changes to local voter rolls, the Department of Elections maintains those lists which make up the state’s voter database. Registrars’ changes often are based on the state department’s regular reviews of voter lists to account for deaths, criminal convictions, citizenship status and residency.

“There are ways to circumvent the system,” Iles said. “I’m not saying it can’t be done, because it can be done. You really have to want to do it.”

Here’s a rundown of how the voter rolls are policed:

In Virginia, registrars mostly have to take voters at their word when they check the box saying they’re citizens. There are few other ways to verify that fact.

Possessing a Social Security number isn’t enough because legal noncitizens can obtain one.

The state Department of Motor Vehicles, where many people also register to vote, asks everyone filling out a driver’s license application if they are citizens. The DMV will alert election officials if anyone says they’re not, but answering that question is voluntary.

The DMV also can alert election officials when driver’s license applicants use a foreign passport or birth certificate, or a noncitizen green card or related documents, as their proof of identity.

Some registrars are contacted by local courts when people beg off of jury duty by claiming not to be citizens.

If voters are suspected of not being citizens, local registrars will mail them letters asking them to sign affidavits swearing they are citizens. Between July 2013 and last summer, 1,531 people were removed from the rolls for failing to respond to the letter within two weeks, according to state records.

Matthew Davis, the state Election Department’s chief information officer, said they don’t know how many of those ejected voters were illegal or simply didn’t return the affidavit.

Becker, who led the Pew study, contends it is not logical to assume large numbers of foreign nationals are willfully breaking the law – particularly if they one day hope to become citizens.

No felons in Virginia are permitted to vote unless their rights have been restored. All voter applicants are required to state whether they’re felons and have had their rights restored.

But some who committed crimes outside Virginia can avoid detection if they choose to lie on the form.

Election officials will compare voter rolls with the state’s list of felons, including any Virginians convicted of federal offenses in any other state. The State Police each month provides a list of newly convicted felons. As a result, 19,790 voters were removed from rolls from 2013 to 2016.

There’s a loophole where the criminal records of Virginians likely won’t be known to Virginia State Police if they were convicted in another state’s courts or were residents elsewhere when they committed the felony.

Guarding against such dishonesty would likely cost millions of dollars to obtain and analyze criminal records from other jurisdictions, Davis said.

At the base level, all new Virginians registering to vote are asked if they’re registered elsewhere. Virginia will notify voters’ old home states and expects the same courtesy when Virginians migrate elsewhere. But that system, which relies on voters to self-report, is slow and “prone to errors,” according to annual state reports.

As a partial remedy, Virginia participates in two multistate programs that share voter information to guard against anyone illegally casting ballots more than once in the same election. But it’s a limited review. Several states don’t participate, including such populous ones as California and Texas.

One effort, the Interstate Voter Registration Crosscheck Program, compares the first and last names and birthdates of close to 5 million voters in more than two dozen participating states.

More than 214,000 voters were removed from Virginia rolls from 2012 to 2016 after registering to vote in another state.

There are likely always going to be some dead people on voter rolls.

Election officials rely on the Social Security Administration and the state’s Bureau of Vital Statistics to provide monthly lists of people who have died. That data is cross-checked with the voter list.

When the registrar agrees that a match is found, the voter is immediately removed from the list. But just so there’s no error, a letter is sent to the deceased person’s address expressing condolences and noting the cancellation.

The time between the death and the cancellation can vary, depending on when the state bureau or Social Security officials report it, Davis said. More than 133,500 deceased Virginians were taken off voting rolls from 2013 to 2016.

Any registered voters determined by a state court to be mentally incapacitated lose their voting rights. The court system provides a monthly list to election officials who removed more than 1,400 such voters from the rolls from 2013 to 2016.

Each year Virginia’s voter list is compared with the Postal Service’s change-of-address registry. When there are possible matches, election officials send confirmation letters to the voters’ last known Virginia addresses.

If they don’t respond within 30 days, they’re placed on “inactive” status and will be removed from the rolls if they don’t vote in the next two federal elections.

This results in the single largest removal of voters from state rolls. More than 675,000 were purged between mid-2012 and last summer.