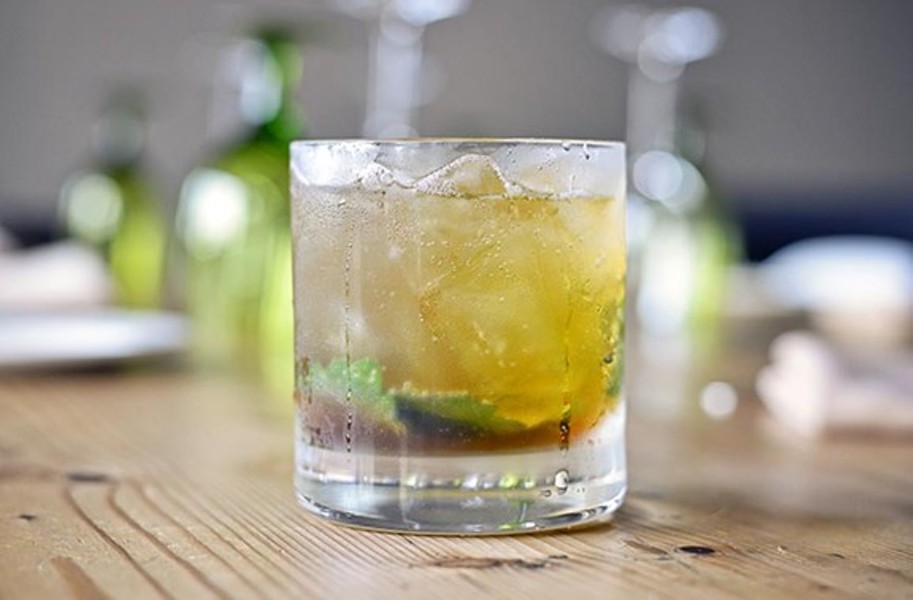 Update, Friday at 3 p.m.: Sen. Bill DeSteph says that his law clarifies the intent of a 1971 law – that as long as they are serving liquor, restaurants must also serve food. He says “last call” for alcohol 30-40 minutes before close can also be last call for food.

“Substantially all hours,” he says, has been interpreted liberally by some.

“If you look at all those 13,000 ABC violations we have a year, these represent under 100 of them,” he says. “But we did have a couple restaurants who’d serve food to 8 p.m. and then spirits until 2 a.m. That’s a little outside the interpretation of the law.”

He favors small government and fewer regulations, he says, and has tried to lower and abolish the food-to-liquor ratio with other bills. This is the only regulation he thinks a mixed beverage license needs.

A bill coasted through the General Assembly on Thursday that could curtail your ability to get a whiskey sour at restaurants past a certain hour.

The proposed legislation, Senate Bill 1216, prohibits the sales of liquor and mixed drinks after a restaurant’s kitchen has closed for the night. It passed unanimously through committee Monday and through the Senate on Thursday.

“For them to propose something like this is asinine,” says Mac McCormack, owner of McCormack’s Whisky Bar in the Fan. “The state shouldn’t be dictating what we sell to our customers.”

Current law says that a restaurant or bar must have food that is “regularly sold at substantially all hours” to sell mixed drinks. For many places, this means switching to lighter fare around 10 p.m., with kitchens closing entirely at 1 a.m.

This bill, from Sen. Bill DeSteph (R-Virginia Beach), would close the hour-long gap between 1 a.m. and closing if a restaurant or bar wants to serve liquor then.

“That’s how I read it,” says Delegate Dave Albo (R-County of Fairfax), an ABC lawyer reached by text message.

Bamboo Café serves entrees till 11 p.m., and switches to pizzas and sandwiches until 1 a.m. The restaurant closes at 2 a.m.

“I can see it being a huge issue because of all the cleaning up they have to do,” says someone who answers the phone at the Fan restaurant. “They don’t actually get to go home at 1.”

Unworkable is what Bamboo owner Adriann LaPrade calls it.

And it’s especially a problem for smaller places like Bamboo and McCormack’s.

“That’s adding $100 an hour for my small six-table restaurant every day of the week,” McCormack says, referring to the cost of keeping the kitchen open. “Kitchen labor is a tremendous expense, unless it’s a super high volume.”

Mike Byrne of the Tobacco Company is opposed to the bill, though he says it doesn’t concern him that much.

“We serve food from the time we open until midnight as a general rule,” Byrne says. “We’re going adjust no matter what, but for a mom and pop place, it will be significant. If you have to have food available until 2, that’s going to cost the restaurant industry a lot of money.”

The bill makes no distinction between a full menu and a bar menu, and one reading of ABC law suggests that this was already required, but unenforced.

This bill is headed for crossover, to be considered by the House of Delegates after Feb. 7.