A month after saying he was open to studying the decriminalization of marijuana, the top elected Republican in Virginia has formally asked a key legislative commission to look into the issue.

State Senate Majority Leader Tommy Norment had opposed decriminalization in the past.

But during a Nov. 1 appearance in Norfolk, he said: “I think it’s absolutely crazy that we continue to lock people up for possession of a modest amount of marijuana.”

In a Nov. 30 letter, Norment asked the chairman of the Virginia State Crime Commission to study the “consequences experienced” by other states that have decriminalized marijuana possession, legal and technical issues about impaired driving and the latest research on the effects of marijuana, “especially any studies indicating a correlation between its usage and that of opioids or illegal stimulants (methamphetamine and cocaine) as a possible ‘gateway’ drug.”

A study next year by the Crime Commission, which makes recommendations to the legislature, could lead to a bill in the 2018 session.

But there’s no guarantee the commission will agree to do a study. Its chairman, Del. Rob Bell, has opposed efforts to relax marijuana prohibition. Bell, R-Albemarle, didn’t return a call seeking comment Thursday.

Norment’s letter was first reported by the Daily Press.

The only way to force a Crime Commission study is for the General Assembly to pass a resolution ordering one.

Any other requests – even from a powerful leader such as Norment – are optional.

The commission chooses which ones to study based on its limited resources and the priorities of an “executive committee” of lawmakers, said Kristen Howard, the commission’s executive director.

Decriminalization is not full legalization. Under such a system, possession of marijuana would remain illegal. But it would be a civil offense akin to a traffic violation, subject to a ticket and fine – not jail and a criminal record. 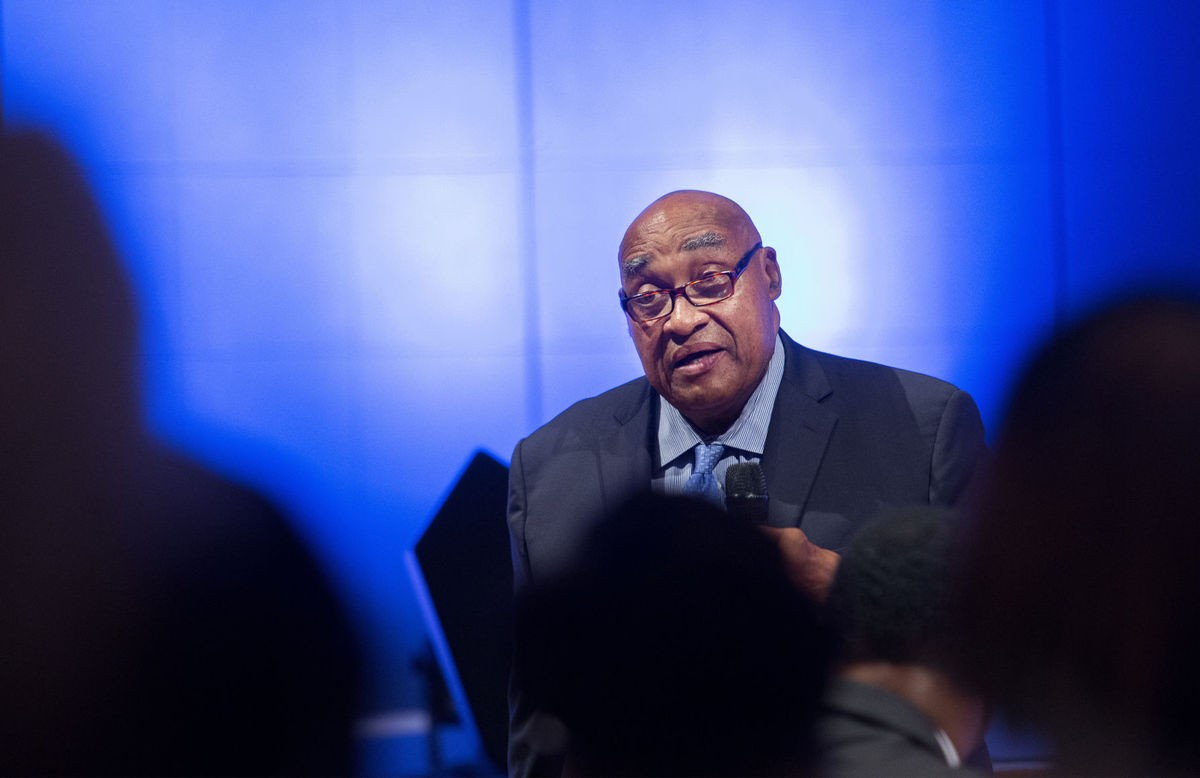 In Norfolk, the latest round of debate on marijuana started in August when Councilman Paul Riddick said during a public meeting that he wanted the city to push for decriminalization.

All seven other council members have since said they favor the change in some form. Mayor Kenny Alexander, a former state senator, told his colleagues that pushing for a Crime Commission study is the best way to move the issue forward.

Alexander, a Democrat, invited Norment to speak Nov. 1 at an annual dinner where the Norfolk City Council talks about priorities it hopes to push in the upcoming state legislative session.

Norment, who’s from James City County, said in an interview that day that his change of heart on marijuana reflects his own education on the issue and broader cultural changes.

“When I speak to millennials, they see things very differently than I do,” the 70-year-old senator said.

A lawyer, Norment said he represents people on drug charges and has come to doubt the idea that marijuana is a gateway drug. He said decriminalization would keep people from having the “stigma” of a criminal record.

But Norment said it would be a challenge to get such a “cultural change” past many of his General Assembly colleagues. Norment’s Nov. 30 letter to Bell suggests studying whether other states have decriminalized possession for a first offense but kept criminal penalties for subsequent offenses.

The letter also asks the commission to study the “potential ramifications” of state law conflicting with federal law, which still classifies marijuana as a “Schedule I,” or entirely illegal, drug.

President Barack Obama has said he favors decriminalization and recently told Rolling Stone magazine marijuana should be treated as a public health issue, like cigarettes or alcohol. Obama’s administration has largely let states determine their own rules, and an increasing number have legalized medical or recreational marijuana or both.

Politico reported that Sessions said this year, “Good people don’t smoke marijuana” and called the drug “not the kind of thing that ought to be legalized.”

As attorney general, Sessions would be in charge of the FBI and Drug Enforcement Administration and oversee all federal prosecutors in the nation.