Virginia Rep Stages World Premier of “River Ditty,” Based on a Poem Shared Between Brothers 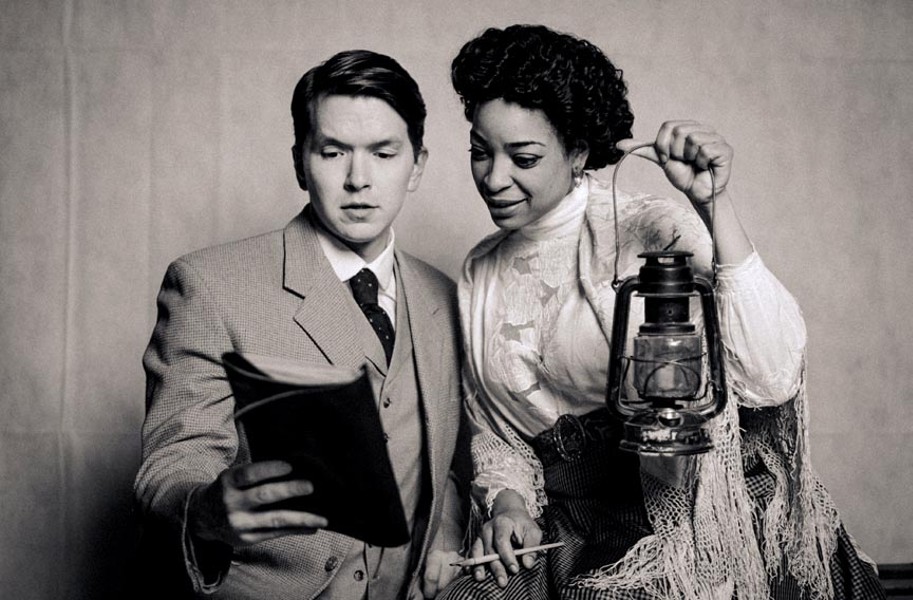 Set in New Orleans in 1892, Virginia Repertory Theatre's new play, "River Ditty" tells the tale of siblings Arlo and Sunshine and their journey up the Mississippi River to escape the violence and bigotry of the American South. It's a story about America's troubled past, but its themes and message carry weight in the modern world.

"It's a parable for the times that we live in," says Matt Polson, who plays Arlo. "Our protagonists are actively, literally and metaphorically, running away from the darkness of their family backgrounds."

It's fitting that the play should revolve around family and a strong sibling relationship in particular, as "River Ditty," began as a poem shared between brothers.

"I believe he first wrote the poem in 2011," says the theater's artistic director, Nathaniel Shaw, whose brother, Matthew Keuter, is also the playwright.

"There were just these incredibly theatrical seeds planted within that poetry that felt like it needed a life much larger than a single sheet of paper," Shaw says.

He and Keuter began working on the play together, as playwright and director, in 2012. From there, the play was work-shopped at the Active Theater in New York and later at the Fulton Theatre in Lancaster, Pennsylvania.

Finally, Shaw worked with Glass Half Full Production Company, which sponsored a two-week workshop at Virginia Rep in December 2016. Now, with the added sponsorship of the Muriel McAuley Fund for New Works and Contemporary Theatre, "River Ditty" will have its world premiere at the November Theatre on April 20.

"It's been a long time coming for the playwright and for myself," Shaw says. "It's incredibly exciting and satisfying, yet slightly surreal to feel that we are finally here. To have a remarkable cast breathing life into these characters, in a far richer way than you can ever imagine when just reading the script, is certainly a gift."

Although the play is not a musical, music will feature heavily into the production by way of Michigan-based folk duo Red Tail Ring (redtailring.com). Playwright Jane Mattingly introduced Shaw to the duo, and he says it was exactly what he'd been seeking. He commissioned a new recording of a Stephen Foster song, "Some Folks Do," from Red Tail Ring for the production, as well as some of the band's original songs and traditional songs.

"It felt absolutely right," Shaw says, "an old-timey male and female duo, so when they sing together it is evocative of Arlo and Sunshine."

Shaw says that the play deliberately looks at contemporary issues through the lens of 1892 in hopes of shedding light on our current situation.
"It's funny," Polson says. "Matthew and Nathaniel have been working on this play for six years, but it seems even more relevant now."

"Can we ever, as a society, break these patterns, break these habits of hatred and violence and bigotry that are passed down through the generations?" Shaw asks. "We are looking at that American habit through the lens of something that feels like classic folklore, asking: 'Can the next generation, or the next, or the next, move beyond this pattern?'."

But Polson says the play isn't heavy-handed with its themes.