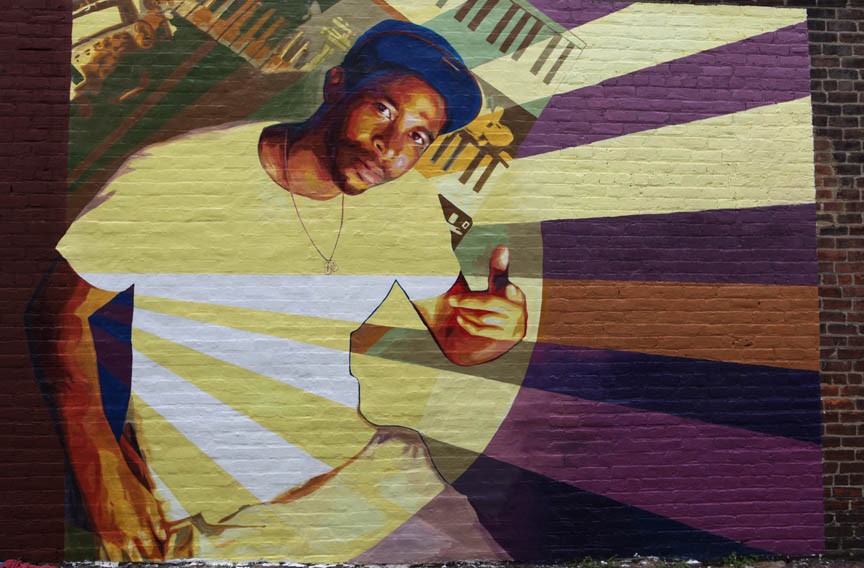 A year after his death, the family of rapper and producer Kleph Dollaz is working to ensure that his contributions to music and the community aren't forgotten.

Darrell K. Durant, aka Dollaz, was one of the first rappers from Virginia to sign with a major record label as part of the rap group Ill Biskits in 1995. He went on to produce for such top-tier rap acts as Talib Kweli, Ol' Dirty Bastard, Black Moon and PMD. His later solo releases, such as "Square in the Circle" (2011), showcased his strong spiritual convictions. He died from a heart attack Aug. 28, 2012, at the age of 40.

This Saturday, friends and family will dedicate a mural of Dollaz, painted on the wall of Alex's Thai Cuisine by artist Michelle Angela. And local and national recording artists will come together for a concert in the late musician's honor at the Canal Club.

"I want people to know Kleph's contribution to music — not just in Virginia but in music in general," says Johnnie Durant, his brother. "He was kind of like a trailblazer."

Those contributions went beyond music. Dollaz mentored at-risk youth. God's Morning Foundation, named for the greeting the rapper used in place of "Good Morning" on social networks, was founded to continue his work. Durant says the foundation will offer scholarships for students pursuing a career in the arts next year.

"It's just like fulfilling a bit of my brother's dream and his vision," Durant says. "His heart was in his community."

"He may not have gone to have the commercial success ... but I think that he did what he was supposed to do," he says. "He made it and he did it on his terms." — Craig Belcher