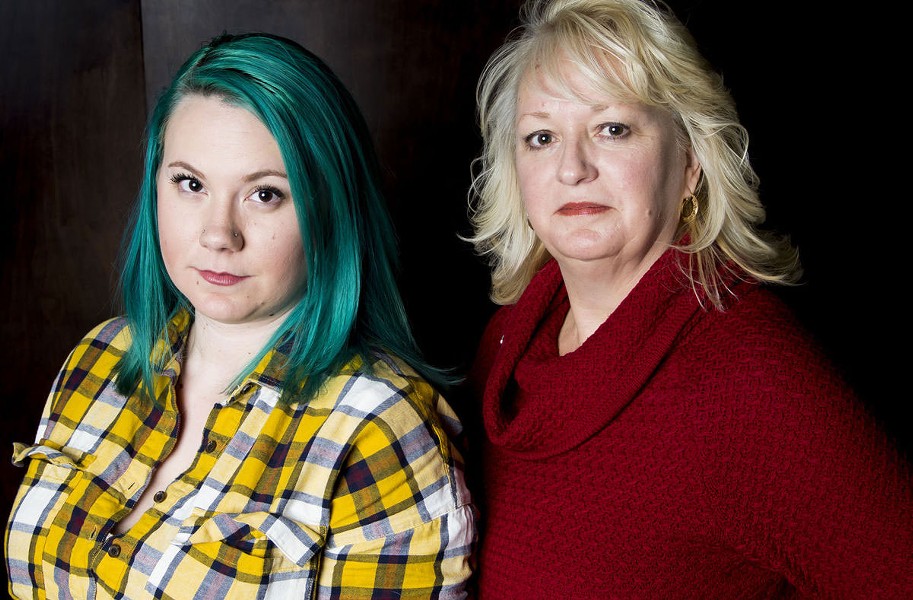 Darryl Smith Bethany Rowland (left) and her mother Susan Rowland, two of Virginia’s appointed electors, pose for photos Thursday, December 15, 2016. The two will join the 535 others that make up the electoral college on December 19th to cast the official votes for the President of the United States.

It’ll be a bittersweet trip to Richmond on Monday for three Hampton Roads women who are members of the Virginia Electoral College voting to formally elect the next president of the United States.

The trio will join 10 other Democrats who qualified to cast the state’s 13 electoral votes for Hillary Clinton and her running mate, Virginia Sen. Tim Kaine, after their presidential ticket won the Nov. 8 statewide vote.

If Republican Donald Trump had won the state, there would be 13 Republican electors making the trip.

“Even though she lost, I’m so proud to go and do this,” said Bethany Rowland of Chesapeake, who “bawled my eyes out” the morning after Trump won.

“One day I can tell my nieces and my nephews that I was an elector and I cast my vote for the first female to be a party nominee for president,” she said. “It kind of gives me a little validation.”

She’ll be traveling with her mother, longtime Democratic Party activist Susan Rowland, who leads the state electoral college meeting at noon. Seating is limited, but the proceedings in the state Senate chamber can be watched live online.

The Rowlands and other electors are participating in an often-ignored ceremony in American politics. The nation’s Founding Fathers invented it to create a buffer between the popular vote and the direct election of the country’s top executive.

The Nov. 8 vote totals are used by each state and the District of Columbia to assign members to the Electoral College. Each state’s electors meet Monday in their respective capitals to publicly vote and sign documents choosing the next president.

Election returns show that Trump already has won the Electoral College vote 305 to Clinton’s 233, according to major news outlets. The winner needed at least 270. Clinton collected 2.8 million more general election votes, but the electoral votes, which are apportioned among the states based on the number in their congressional delegations, favor Trump.

Elector Vivian Paige of Norfolk, a supporter of Clinton since the former secretary of state’s first unsuccessful run for the White House in 2008, acknowledged the Electoral College results are a foregone conclusion. But she finds some solace in signing her name in support of Clinton to documents kept by the state and at the National Archives.

“Being a part of history is important,” said Paige, a Democratic Party activist and a guest columnist for The Virginian-Pilot’s editorial section. “There will be a record someplace that has my signature on it.”

The two-step process for electing the president and vice president dates to the drafting of the Constitution in 1787. The founders were split between those who wanted a popular vote by eligible citizens – in those days that meant white men who owned property – and those who wanted the leader chosen by Congress.

This year has seen renewed discussions about abandoning the Electoral College in favor of directly electing the president given the irony that millions more voted for Clinton than Trump, but the Republican won more state-by-state electoral votes.

“I think it’s time we have a discussion – not during the election, but outside of it,” Susan Rowland said. “It’s a little disingenuous that you have more people that voted for a candidate that doesn’t win and where only a handful of states really matter. I think we’re bigger than that.”

Paige argues that amending the U.S. Constitution is too hard – particularly because most people only think about the Electoral College every four years. “It’s never going to happen,” she said.

History appears to be on Paige’s side. Calls for abolishing or changing the Electoral College have been debated almost as long as the U.S. has been a country.

More than 700 proposals have been introduced in Congress in the past 200 years to change or abolish the system, and all have failed, according to the National Archives and Records Administration. No other part of the Constitution has prompted so many proposals for change, according to the federal agency.

Making that change is a heavy political lift. First, the House of Representatives and the Senate have to agree to a specific modification by two-thirds majorities.

Any amendment then has to be ratified by the legislatures of at least 38 states.

However, states have some latitude in deciding how to assign their electors. Virginia lawmakers are being asked to consider changes in the upcoming General Assembly session.

Separate House of Delegates and state Senate bills prefiled by Republican lawmakers propose to abandon Virginia’s winner-take-all approach. They instead would award two electoral votes to the top statewide vote-getter and one elector for the winner in each of the state’s 11 congressional districts.

If that proposal had been used this year, Clinton would have won seven electoral votes and Trump six.