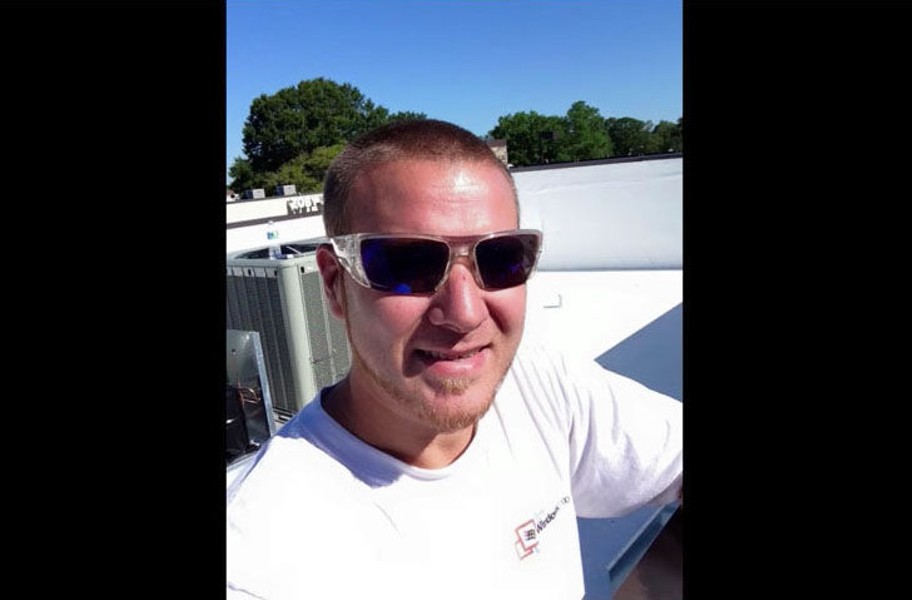 YouTube Brian Vigneault, a Virginia Beach resident and a well known gamer, died Sunday near the end of the 24-hour World of Tanks marathon. The event was to raise money for the Make A Wish Foundation.

Brian Vigneault had a following.

Thousands of people tuned in online to watch Vigneault play “World of Tanks,” a game that pits players against each other in tank combat. With a camera trained on his face, viewers followed along with Vigneault’s every laugh or gripe.

Those who watched him last weekend were some of the last people to see him alive.

Late on Sunday, Vigneault was in the home stretch of a marathon 24-hour stream to raise money for the Make-A-Wish Foundation, reportedly downing energy drinks to stay awake and occasionally nodding off. He stepped out around hour 22, telling his viewers he was going to smoke a cigarette.

Emergency dispatchers got a call at 7:50 p.m. to respond to a cardiac arrest on the 1000 block of Glen Lochen Drive, according to Virginia Beach police spokeswoman Tonya Borman.

EMTs pronounced Vigneault dead at the scene. He leaves behind three children, according to an obituary that ran in The Virginian-Pilot. Efforts to reach Vigneault’s family were unsuccessful.

Borman confirmed police are investigating Vigneault’s death. “We do not suspect foul play,” she said. “Nothing suspicious.”

Borman said Vigneault appears to have been alive when the 911 call came through and was pronounced dead at the scene. Beyond that, little information has been made available.

A cause of death has not yet been determined.

Vijai Ramharrack, who befriended Vigneault through “World of Tanks,” said Vigneault spent most of Saturday with his son, taking him to soccer practice before starting his marathon charity stream.

Ramharrack tuned in for the first few hours late Saturday – he helps moderate the online comments during the live streams – before heading to bed. He got up Sunday morning and reopened the stream.

“I woke up to see him still streaming, but he looked pretty out of shape … draggy eyes and such,” Ramharrack wrote in an email. “I along with some other moderators suggested he get some sleep, but he refused to. He told us he had five-hour energy drinks and Red Bull and coffee.”

In videos posted online from that day’s stream, viewers can see Vigneault nodding off, with large black bags under his eyes.

Ramharrack said Vigneault occasionally smoked cigarettes on stream and “people [had] expressed concerns about this, but he never did these activities excessively to the point it would concern me.”

“His last stream did concern me, though, because he was looking on the verge of passing out,” Ramharrack said.

Ramharrack went to bed a few hours before the stream was scheduled to end on Sunday night. Others told him Vigneault kept drinking energy drinks after Ramharrack had tuned out and told his viewers he was stepping out to smoke a cigarette.

He never came back.

It’s rare, but news outlets have reported on cases of people dying during marathon gaming sessions around the world. Exhaustion and cardiac issues are often pointed to as factors.

In 2015, at least three people died while playing games for days at a stretch at internet cafes in Taiwan and mainland China, according to media reports. Later that year, a Russian teen who was laid up with a broken leg died after reportedly playing a computer game almost continuously for 22 days.

Last year, a 20-year-old man in the United Kingdom died from a blood clot attributed to his frequent 12-hour gaming sessions.

Many online assumed Vigneault had gone to sleep when he didn’t return to the stream. Earlier this week, one of the people who helped with Vigneault’s stream tried to message him through another chat application.

He got a response from a Virginia Beach police detective saying Vigneault had died. The word spread quickly online.

Ramharrack said the outpouring from the gaming community online has been overwhelming, with some creating new “World of Tanks” gaming groups in his name and other high-profile streamers coming out of retirement to stream again “in awareness of his passing to honour and spread support to his kids and family through the GoFundMe program.”

A GoFundMe page set up to benefit Vigneault’s three children raised more than $17,000 in its first day. The page was filled with a mix of family and friends offering condolences and people who had known Vigneault online as Poshybrid.

“R.I.P Poshy you were the streamer that I could always watch to cheer me up,” wrote a donor named Dylan Rak on the GoFundMe page.

“You died way too soon and doing what you loved, video games!” said donor David Glore.

Ramharrack said Vigneault occasionally streamed for charity and was the kind of teammate who would drive his tank into enemy fire to protect a friend.

Ramharrack first watched Vigneault’s stream to learn the in’s and out’s of the game. Their relationship evolved – they played together regularly and talked outside of the game about family and traveling.

Ramharrack said Vigneault was making plans to visit him when he made a trip to Jamaica this fall.

“There aren’t enough words to express how much you meant to us in the [‘World of Tanks’] community,” Ramharrack wrote on GoFundMe. “I just want to give thanks for the opportunity to have known someone like you.”