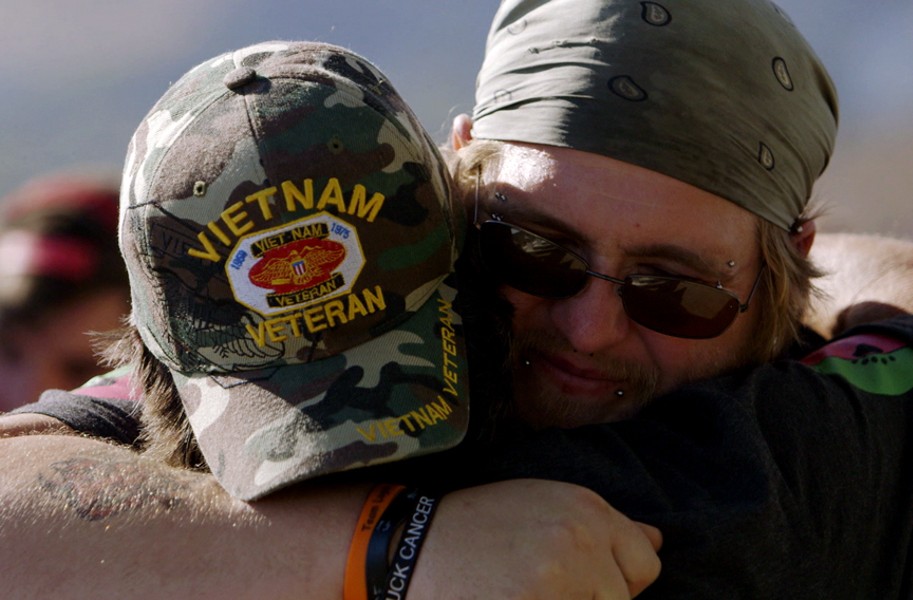 “Thank You for Your Service”

The soaring rate of veteran suicides shows how the life of someone in the armed forces can be more threatened at home than in the field.

Suicide has trumped combat as the leading cause of military deaths in the last few years.  It’s a problem being called an epidemic — with roughly 22 veterans taking their lives daily in 2013, according to a Department of Veterans Affairs report.

Documentary filmmaker Tom Donahue confronts the topic head-on in a project receiving support from the Virginia Film Office, called “Thank You for Your Service.” The title is meant to contain a touch of irony because the expression is a rehearsed courtesy for many well-wishers.

“We as citizens of the United States, sometimes in a very shallow way, say thank you for your service … without engaging them or understanding what their role is in the military, and what they’ve done to protect us,” Donahue says. “So, it’s sometimes so hollow.”

Donahue spoke to 200 veterans in more than 50 cities — including six in Virginia — who share feelings of isolation and the common theme of being unable to share their unseen wounds for fear of stigma. To admit to thoughts of suicide has consequences that can seem demeaning to veterans, such as the requirement of relinquishing weapons.

Richmond resident Steven Edwards serves as an executive producer for Donahue, a New York native known for the 2012 documentary, “Casting By.”

Donahue became concerned about the issue after reading a New York Times op-ed in 2012. He’s also been affected by his father, who served in the military from 1946 to 1950, and the suicide of his best friend.

The project is meant to open the viewer to the lives of the veterans while evaluating the issue, Donahue says: “It became more and more about mental health and the stigma in the military and the systemic flaws in the military that are allowing the problem to continue to happen, generation after generation.”

He offers solutions such as mandatory counseling starting at basic training, for mental preparedness — and streamlining military mental health services by placing personnel addressing these needs under one unit.

“Thank You for Your Service” screens on limited release in major cities and select veteran and military communities this spring or early summer. The Virginia Film Office holds an advance screening at the Byrd Theatre on Monday, Feb. 29, at 7 p.m. Limited free tickets are available starting Friday by sending an email to: thankyou@virginia.org.