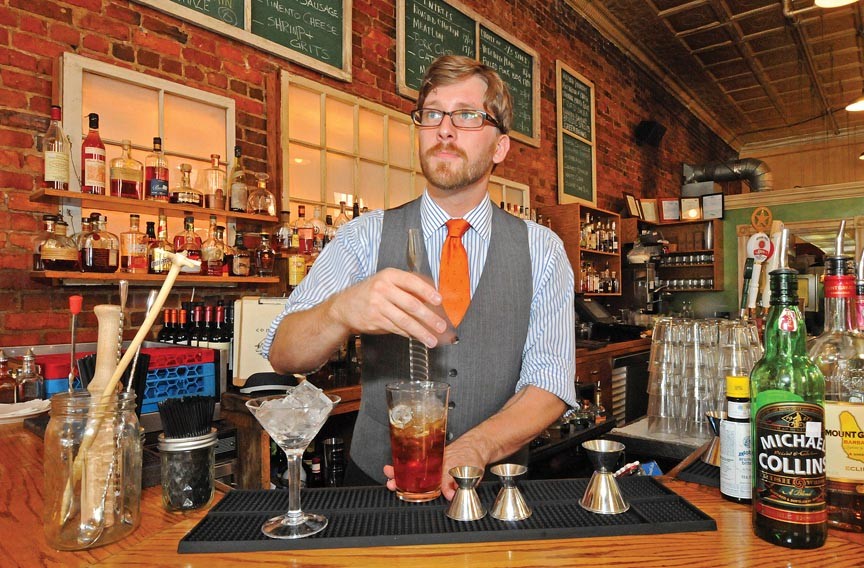 The next big thing is a big bust.

Fernet-Branca, a 90-proof Italian amaro that had taken hold among some local drink enthusiasts and cocktail-makers, is being taken off the shelves by Virginia's Department of Alcoholic Beverage Control.

"That's pretty sad — at least for me and the ones in the industry that do drink it," says John Maher, executive chef at 2113. "I guess that means I've got to go to D.C. to buy it or something."

Customers were catching on and liking what they tasted, says Comfort's Mattias Hagglund, who helped spearhead Fernet's use here. And it's the key ingredient of some cocktails he designed. "Right now we're using it for an old fashioned," he says, "where the Fernet is the base instead of a whiskey or a rum, or cognac."

Hagglund says Fernet's cut is an example of how Virginia ABC's supply-and-demand reviews can push beloved but smaller-selling spirits aside for those with mass appeal, such as flavored vodkas.

Kathleen Shaw, a spokeswoman for the Virginia ABC, says virtually any products can be ordered if they aren't on store shelves. "Sometimes the customer may have to be willing to buy a case of the special-order product," she notes.

Decisions about what stores stock are based on such criteria as pricing, performance, category trends and brand strength, with bonus points if it's made in Virginia. If a bottle isn't meeting expectations, she says, it goes on six-month probation.

Not having certain ingredients more easily available makes ordering more complicated, expensive, and cuts down on variety, says Hagglund, who's helping open Heritage restaurant next month (see page 34). Virginia customers who visit other states often are "blown away by how many things you're missing out on."

The list of new spirits in ABC stores will be released Oct. 1.