“We are killing one another. But, yet, we want to talk about Trayvon. We better talk about ourselves.” 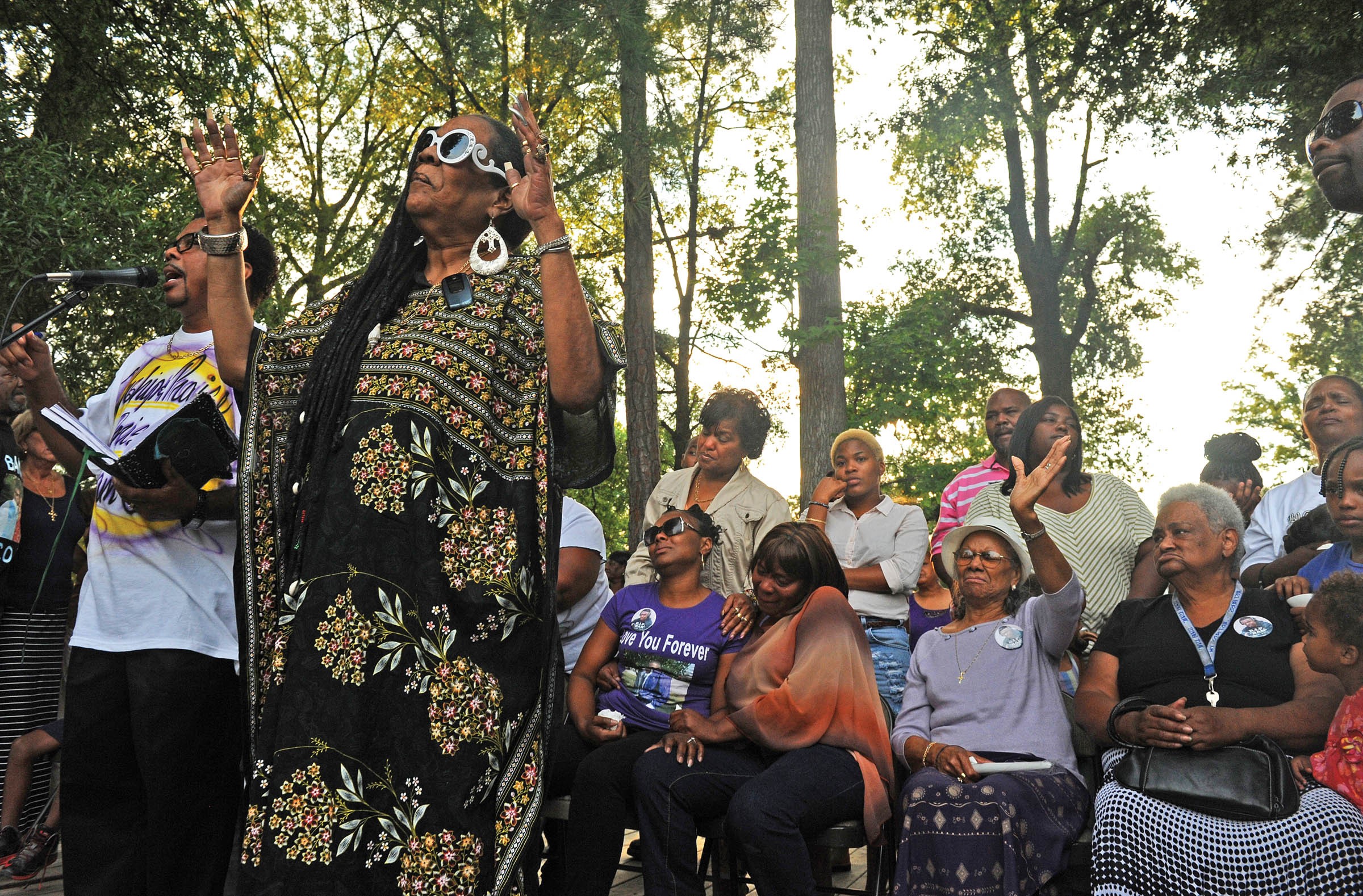 With the evening sunlight filtering through towering elm trees, more than 300 mourners gather on the lawn of Worship & Praise Deliverance Church on East Laburnum Avenue to say goodbye to Zekei Johnson. The 18-year-old was gunned down Aug. 10 in the parking lot of the Richmond Inn and Suites off Midlothian Turnpike.

"He was on his way to college. An innocent child — killed. Enough is enough. My God, what is wrong us? What is wrong with our African Americans?" asks Citizens Against Crime founder Alicia Rasin, who organized last week's vigil. "We are killing one another. But, yet, we want to talk about Trayvon. We better talk about ourselves."

Johnson's family members sit on a wooden stage in front of the emotional crowd. They and the crowd weep while the church's co-pastor, Michelle Kirven, speaks of Zekei, whom she calls by his nickname, Bam.

During a recent church service, Kirven says, Johnson suddenly shouted out in praise. Kirven attributes his jubilance to his excitement about heading to college. He was destined for greatness, she says, imploring the young people in the crowd to keep his memory alive.

Police named Floyd E. Taylor, 26, a person of interest in the shooting and on Friday night, a day after the vigil, Taylor turns himself in to the U.S. Marshals Regional Fugitive Task Force. He is charged with possession of a firearm by a convicted felon.

The vigil, held Aug. 15, precedes what will be a violent weekend in the city. Between Friday night and early Sunday morning, seven people are shot, two fatally. So far this year, 22 people have been killed in Richmond, three fewer than the same time last year.