Scott Elmquist Angela Evans, the wife of homicide victim Keith Evans, speaks to family and friends gathered at her husband’s vigil, with Alicia Rasin at left. More photos from the event at Styleweekly.com.

Alicia Rasin didn't reveal exactly what Keith Evans told her about wanting to turn his life around, but she said he was on a mission.

"All I can do is pray for whoever took his life, and pray for the family," said Rasin, founder of Citizens Against Crime. "We're gonna have to put those doggone guns down."

Family and friends stood with Rasin at Fairfield Court last week, where Evans was fatally shot Aug. 30. They mourned a life lost and called for an end to gun violence that struck again three days after his death.

Slideshow Scenes from the Vigil for Keith Evans 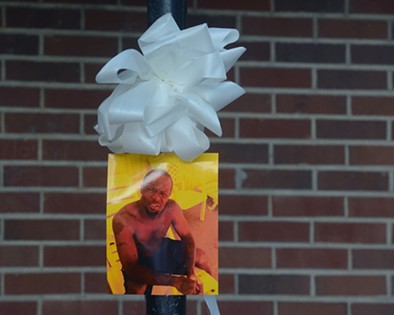 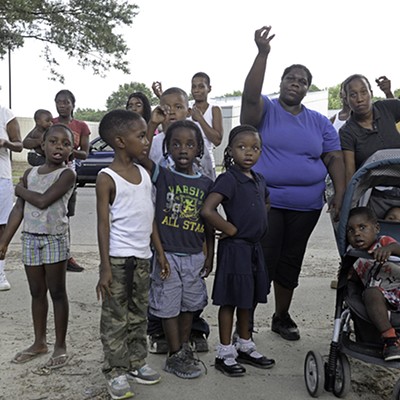 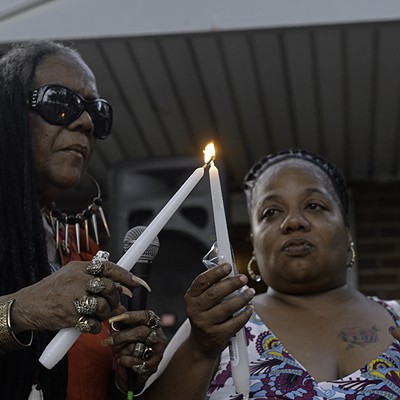 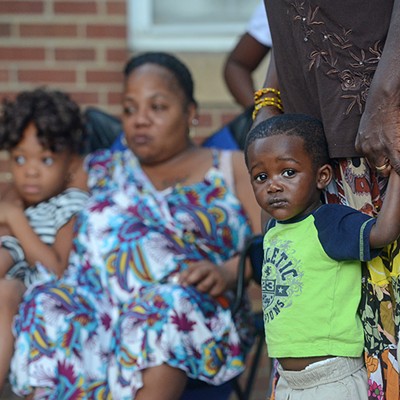 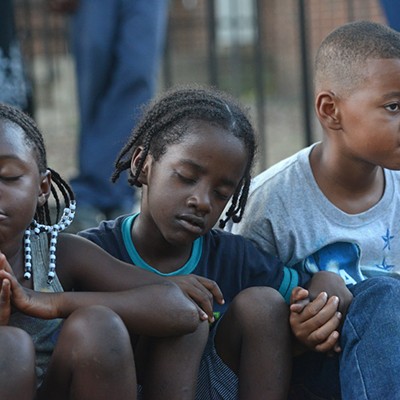 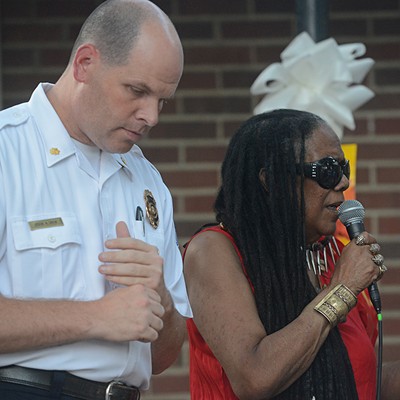 Police who showed up in support walked around the community to talk with residents about another incident. Police say a man suspected of committing a drive-by shooting in the neighborhood Sept. 2 later shot himself in front of an officer after a chase.

Violent crime is down overall, Maj. Steve Drew said, and the Fairfield community has continued to work more with police and offer helpful leads.

"I promise you that we're going to have closure on this case very soon," Drew told attendees of Evans' death.

Rasin and the three dozen people gathered seemed more focused on the loss. Even while Evans struggled to find direction, Rasin said, he was there to help his community. He'd take the coat off his back to keep someone warm and feed hungry children from his kitchen, she said.

Fairfield Court Community President LaLeta Fritz shared the story of Evans' first time volunteering for her, when he braved a children's field trip to a dinosaur show at Richmond International Raceway.

Evans' wife, Angela, who sat in a folding chair surrounded by family and friends through most of the vigil, stood to express her disbelief that her husband was gone at 37.

"Some things are just senseless," Evans said. "What happened to my husband was senseless."

While the crowd listened and police officers paused to hear her, Evans tearfully recalled her husband packing her lunch and driving her to work every day.