Scott Elmquist On Wednesday evening, the Bogle family and friends gathered to honor Bryant Bogle, 33, who was killed Dec. 19.

Bryant Bogle loved basketball and the Dallas Cowboys. He wrote music and spent a lot of time with his children -- boys ages 11, 6 and 2 -- and a stepdaughter. He was close with his stepfather.

“He was a fine, loving person,” says his mother, Lynnette Gholson. “He was a family guy. He loved his kids.”

Bogle was many things. And now, as it stands Dec. 29, he is Richmond’s final homicide victim in 2016.

“Shut it down” is the call Wednesday night, when 60 people attending the vigil sing, pray, light candles and share memories of Bogle outside the Fresh Anointing Cathedral on the six points circle in the Highland Park neighborhood.

“We want the murdering and the killing to stop,” says Charles Willis of United Communities Against Crime. “The old saying of ‘snitches get stitches’ is a lie. Say something. Call the po-po. Stop by the station.”

The vigil is a few blocks from where Bogle, 33, was killed Dec. 19, found dead of gunshot wounds on the 3100 block of Carolina Avenue. He is a reminder of Richmond’s surge in homicides to 61 this year. In 2015 there were 41.

Willis, who organized the vigil, calls for setting a record in the New Year: zero homicides. He urges people to share the event with others and show the pain that violence causes. He praises the Richmond Police Department for what he says is its commitment to community policing.

For Bogle’s family, the call is too late. “The holidays just aren’t the same without him being around,” says sister Tiffiny Bogle. The family laughs recalling how many cakes and rolls he liked to eat.

“He was the jokester,” says his sister, Keesha Rice. “He was the one that made everybody laugh and feel safe.”

“I love my son, and I miss him so much,” Gholson says. “I’m looking for justice. If you know anything, please come forward.” 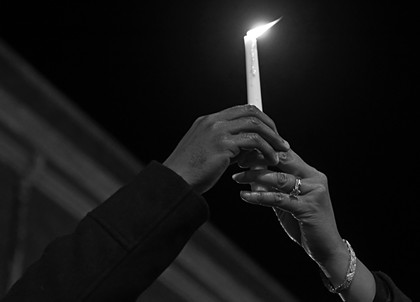 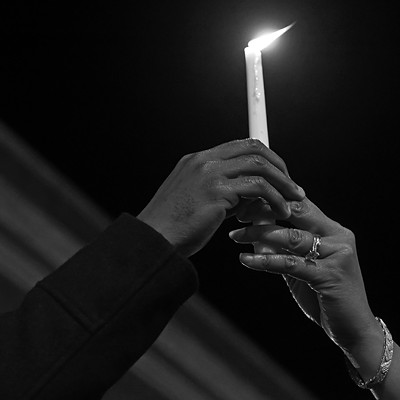