Democrat Simonds says "all options are still on the table." 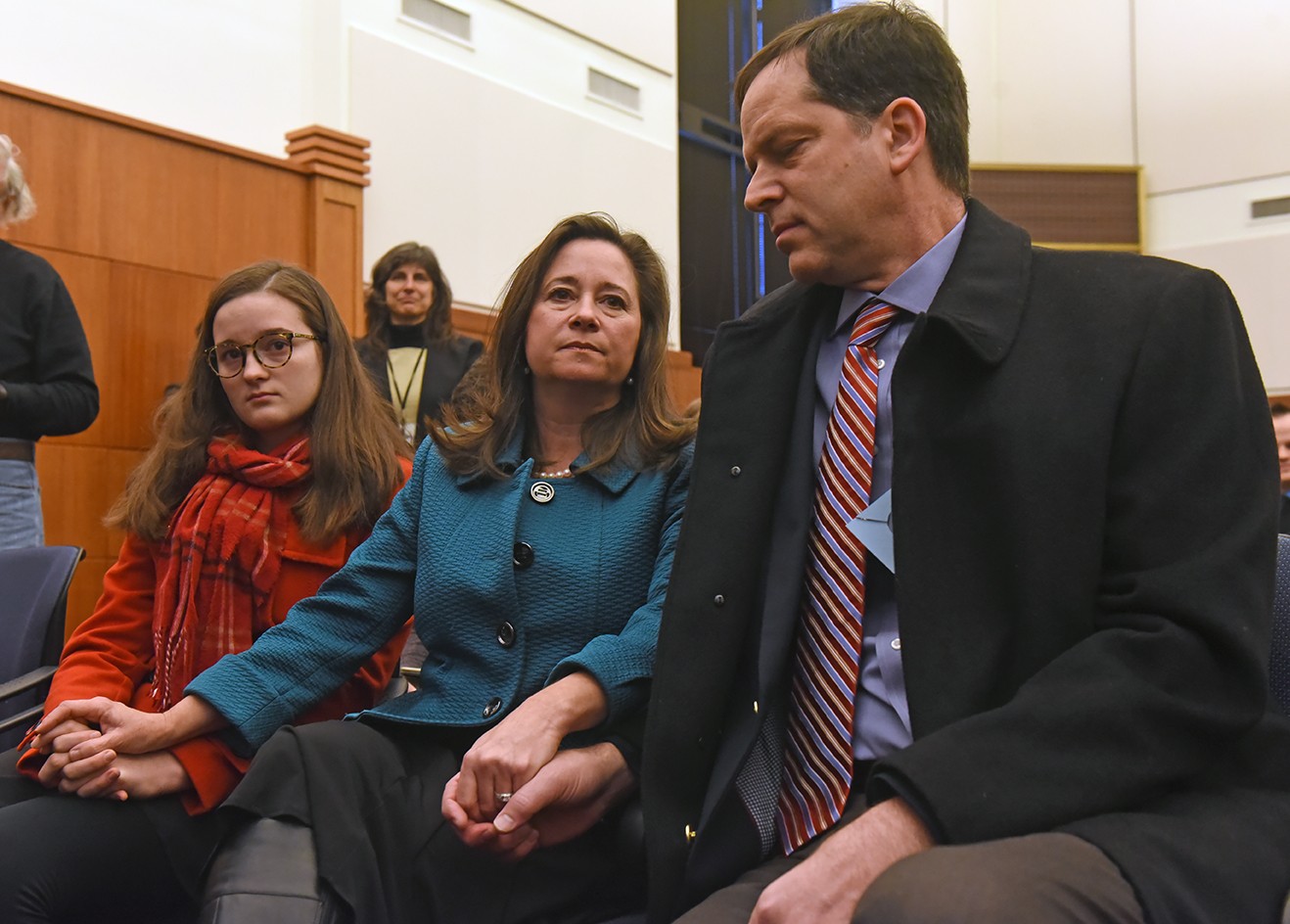 Yancey's name was chosen at a special Board of Elections meeting. It broke the 11,608-vote tie for the Newport News-area seat and keeps a Republican majority in the House of Delegates.

But the drawing may not be the end of the road in an election that has stretched for 58 days and included one recount and a court battle.

Democrat Shelly Simonds, immediately after the drawing, said she wasn't conceding and that "all options are still on the table."

"Clearly, I think that this is a sad conclusion for me and for the people of Virginia who really need health care," said Simonds, standing near her husband and daughter. "Medicaid expansion really was on the line here."

It appears Simonds could ask for another recount, but that would likely extend beyond the Jan. 10 start of the General Assembly.

The tiebreaker was held in the West Reading Room of the Patrick Henry Building in Richmond on the morning of Jan. 4.

It’s one of the largest rooms available on Capitol Square and the event drew more than a dozen TV cameras and still photographers, plus other reporters. Most of the 80 seats were filled despite a snowy day in Richmond.

Simonds attended the drawing. Yancey did not.

The names of the two candidates were printed on separate slips of paper. Each slip was put into a separate film canister, and they then were placed in a blue ceramic bowl made by Virginia artist Steven Glass.

The canisters were mixed up and then Board Chairman James Alcorn pulled out one of the canisters. Board member Clara Belle Wheeler pulled out the other canister to show that both candidates’ names were included.

Alcorn's pick was the winner.

It’s been a race full of twists and turns.

On Nov. 7, Yancey won the election by 10 votes. Simonds asked for a recount and on Dec. 19 she gained a net of 11 votes, making her the winner by a single vote.

The next day, a panel of three judges, which has to certify the results, heard arguments from Yancey’s lawyers that one recount observer had second thoughts about a ballot. It was previously not counted for either candidate, and had both candidates’ bubbles filled in. Simonds’ bubble had a single diagonal slash mark through it.

When more than one bubble is filled in, it’s known as an “over vote” and voided.

To complicate matters, the same ballot had a bubble for gubernatorial candidate Ed Gillespie filled in with an X over it. The rest of the ballot had bubbles filled in properly for Republicans.

Democrats have argued the judges made the wrong call. Others have said head judge Sugg had potential conflicts of interest because he was appointed by a Republican General Assembly and Yancey and other Hampton Roads-area delegates had a part in recommending him to the bench.

Both candidates filed court documents in Newport News. Simonds wanted the court to reconsider its decision and declare her the winner because she argued judges did not follow recount protocol. Yancey agreed with the court and called for the drawing to happen. Judges wrote they were within their right to look at the ballot and said they followed Board of Elections guidelines on determining the voter’s intention.

As for the line through Simonds’ bubble, judges cited the Webster’s Dictionary definition of a scratch, “to cancel by drawing a line through.”

In their conclusion the judges wrote: “The right of a citizen to cast a free vote has been secured to us by the blood of patriots shed from Lexington and Concord to Selma, Alabama. The manifest injustice in which we must always guard is the chance that a single vote may not be counted.

“It matters not the importance of the disposition of a ballot in a given election; it matters the dignity of the citizen, the electoral process, and the destiny of our constitutional republic.”

Simonds, in a letter sent Wednesday, asked Yancey for a mutual agreement that they both respect the result of the drawing and not ask for any further recounts or litigation. Yancey said in a statement he wouldn't agree to that.