Women's rights protestors return to the state capitol and share their thoughts on the movement.

by Scott Elmquist and Briget Ganske

More than a year after a women’s rights protest at the State Capitol drew police in riot gear and led to multiple arrests, about 150 women returned Saturday for a more subdued “Women Matter: Use Your Power” march and rally. Among the speakers was Democratic gubernatorial hopeful Terry McAuliffe, who made a surprise appearance. Richmonder Cherish Maupin, shown, holds a rose while the event wraps up. 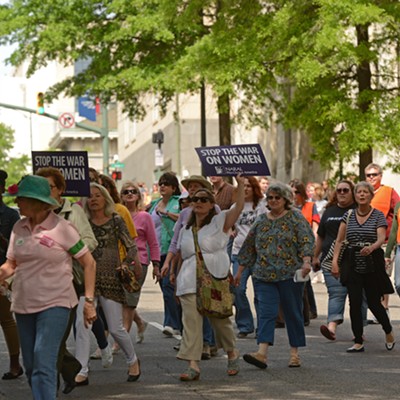