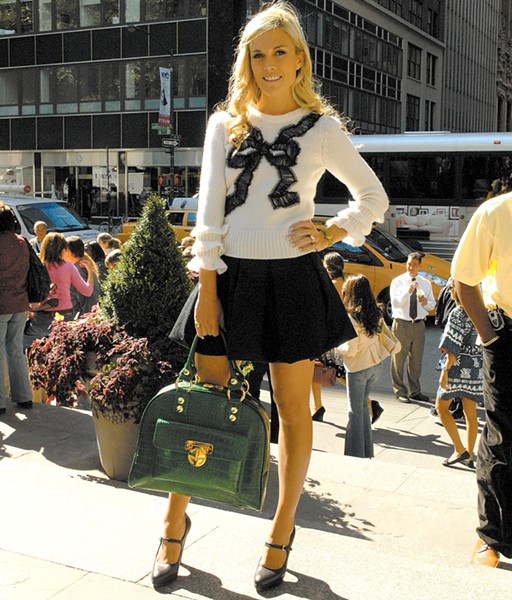 Richmond native Tinsley Mercer Mortimer wants her glamorous life back, she says in a video to promote her new role on the Bravo television show, "The Real Housewives of New York."

If things had gone as planned, she and Robert “Topper” Mortimer would be celebrating their 15th anniversary on May 4 -- extravagantly, no doubt, if not exquisitely stylish, and perhaps with their rich and famous friends.

Their 2002 wedding, at St. Paul’s Episcopal Church, and esteemed family connections were noted in the style section of The New York Times.

Tinsley, or Tinz, became the “it girl” in New York City, photographed everywhere. She developed fashion projects and flourished as a socialite. She and her oil heir husband’s glamorous, high-flying lives and ultimately dramatic and public split were chronicled by media as wide-ranging as Town & Country, Harpers Bazaar, Southern Living, Vanity Fair and, naturally, the New York Post’s Page Six.

Then again, if things had worked out between them, the Richmond native probably wouldn’t have been as juicy of a casting choice in “The Real Housewives of New York,” whose ninth season premieres April 5.

“She had the whole world at her fingertips, and kind of crashed and burned,” fellow cast member Bethenny Frankel, the founder of Skinnygirl, seems to say of Mortimer in a teaser for the new season.

Mortimer seems to open up about the good and the painful as the show’s new cast member. And in addition to the series teaser, the Bravo network features Mortimer in a one-on-one video, in which she talks of what she describes as a privileged upbringing in Richmond.

You can watch both videos below: