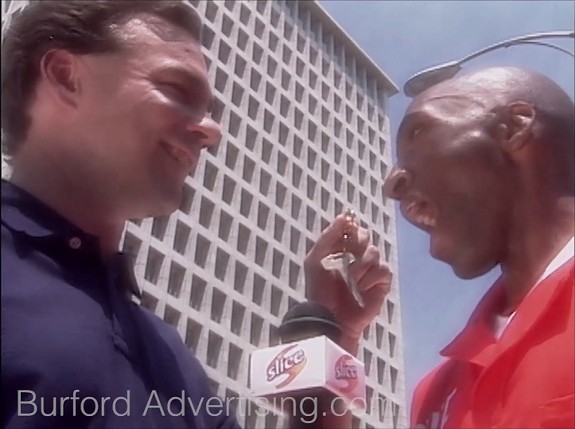 It's been 15 years, but we can still recall the time a then-mayor Tim Kaine represented the city in a commercial for the soft drink Slice.

A campaign called "Get a Slice of the City" by Richmond-based Burford Advertising sent the Slice Man -- played by Richmond actor and spoken-word poet d.l. Hopkins -- across town spreading the fizzy sweet citrus drink.

He runs into kids, a bus driver, rappers, then-police chief Jerry Oliver and Kaine, who says, "Slice Man, I'd like to present you with this key to our great city."

Back in Style's 2001 Best of Richmond issue, voters named Kaine as having the "Best sense of humor in a public official":

What po-faced county politician could compete with Tim Kaine in this category? After all, he's a mayor who in one TV commercial cheerfully gives the so-called Slice Man the "keys to the city" — which very obviously are the mayor's own car keys. (True, he did express regret about taking part in the commercial — after the fact. But that's probably because he saw it.)

So hey, Mayor Kaine, be funny for us! "Um," he replies. "It's hard to be put on the spot and just be funny. But I will say that a good sense of humor is a survival instinct in politics. It makes it much more pleasant and survivable." (Yes, he really does talk like that, in perfect, bite-sized sentences.) "I guess I'll just refer to a quote from the British playwright Joe Orton. He once said, 'Man is profoundly bad and irresistibly funny.' And I firmly believe that."

A mayor who quotes Orton? Who knew? That's probably why second place went to "Do any of them have a sense of humor?" The answer, oh ye of little faith, is Yes. And we've got him.

And now, on with the show. Because user anachronissmo on the r/RVA subreddit posted a link Wednesday afternoon to that long-lost commercial, and you can watch it here. 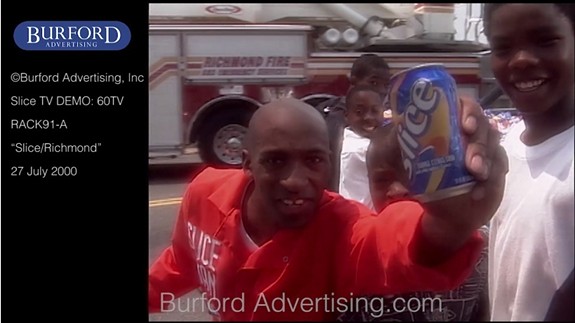