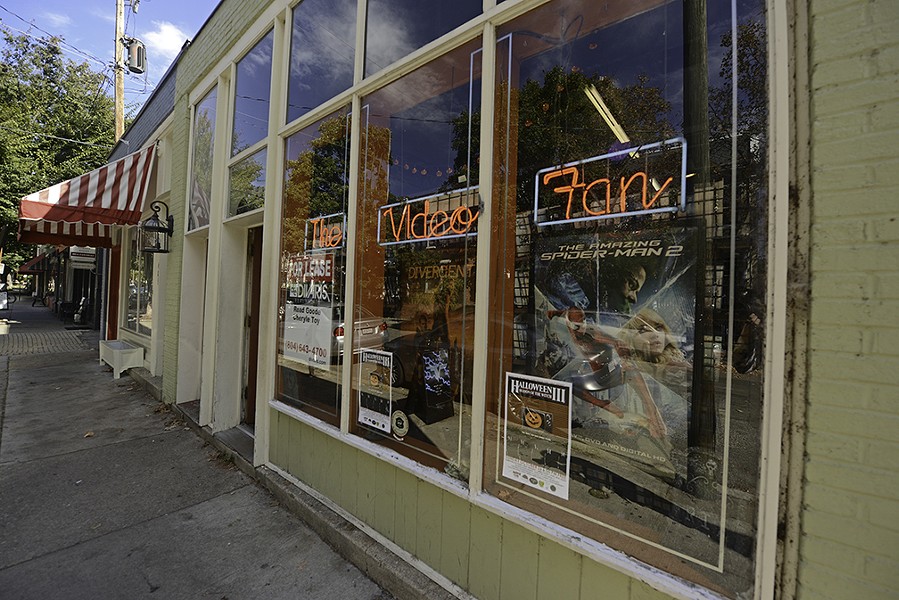 Scott Elmquist The Video Fan says it needs to change its business model and get some support to stay afloat.

“Time is up for the Video Fan, unless we join together and make a concerted effort to do something about it,” says its Kickstarter fundraising page.

The post says the store is at risk of losing its lease on building at 403 Strawberry St. If securing the lease falls through, the campaign says it may attempt to find another home.

The 29-year-old store also is raising money to produce a documentary about its history, describing its 40,000 VHS tapes and DVDs as “one of Virginia’s largest repositories of physical media.”

Video Fan "is one of a handful of independent video stores left in the United States," the post says, "which means it's one of the last bulwarks in the fight to prove that physical media still matters."

Kickstarter contributors will be giving money toward the documentary, the rent and the pitch for nonprofit status. Donors who give $300 or more will be able to have their own clipping, photo or phrase put into the store’s countertop collage.

The store has raised almost $600 shortly after launching the Kickstarter this week.

Owner Doug McDonald hasn’t responded to requests for comment. An agent at the real estate company listed on the window sign also has declined to comment.