VIDEO: Dozens of Baby Squirrels Fell Out of the Sky in Hampton Roads During Tropical Storm Hermine

Bill Tiernan Barbara Gipson, Wildlife and Special Projects Director at the Virginia Beach Society for the Prevention of Cruelty to Animals holds a baby squirrel that is about 5 days old. Almost 80 baby squirrels have been brought to the VBSPCA, from the effects of Hermine over the Labor Day weekend.

Baby squirrels fell out of the sky on Labor Day weekend.

Into water. Onto grass.

Hairless and with their eyes closed, some screeched after they landed.

Mother Nature, in the form of Tropical Storm Hermine, threw them for a loop.

Amazingly, many of them survived.

Between Sept. 1 and 4, the Virginia Beach Society for the Prevention of Cruelty to Animals Wildlife Program took in 78 squirrels that had fallen or been blown out of nests that are usually 30 to 40 feet above the ground in trees. The babies, some with purple skin and no hair, ranged from a couple of days to two weeks old.

It was one of the busiest weekends projects director Barbara Gipson can remember. The VBSPCA receives between five and seven squirrels a week on average during this season – which is one of two times during the year that babies are born.

“It’s the first time in six or seven years that we’ve had a major incident,” Gipson said. “Luckily, it doesn’t happen very often.”

The storm’s high winds caused that number to skyrocket, she said. Gusts at Norfolk International Airport peaked at 55 mph on Sept. 3, according to the National Weather Service. That day, VBSPCA took in 51 squirrels. 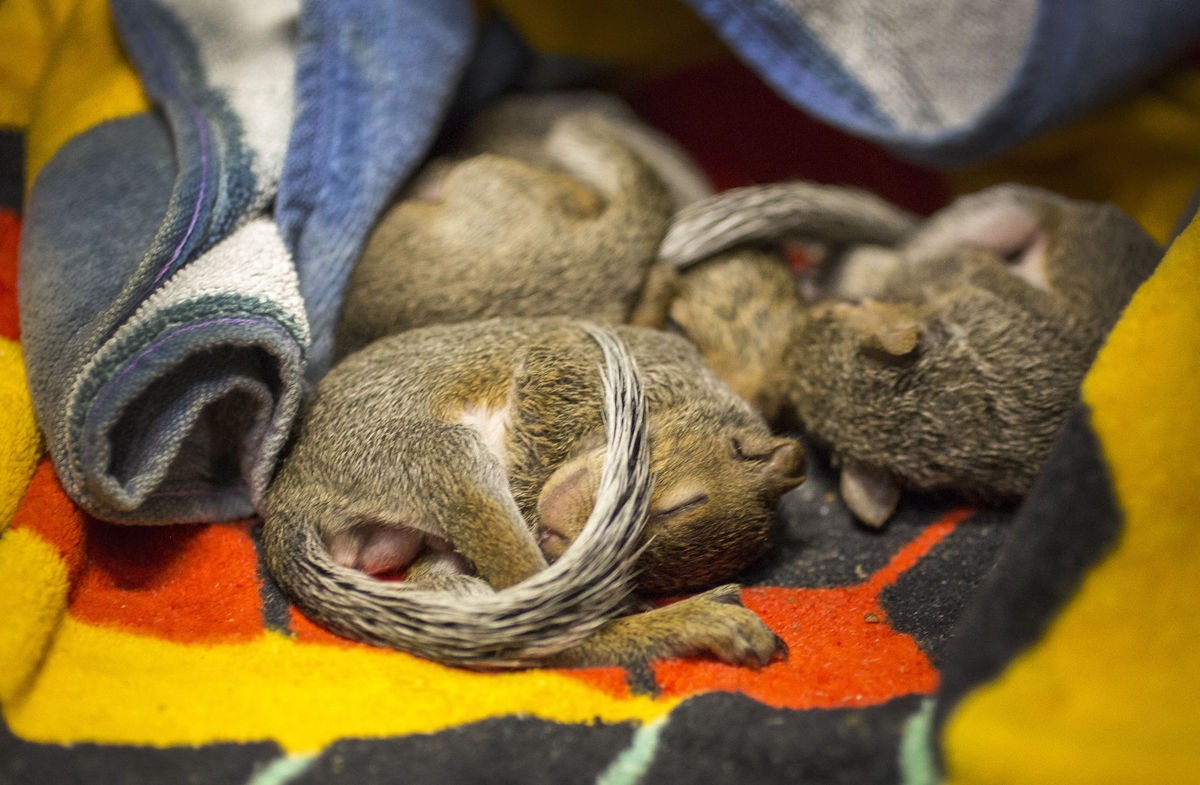 The babies came mostly from Virginia Beach and Chesapeake, but the VBSPCA received a few from Norfolk and Suffolk. Some had fallen into puddles of water and needed their body temperature stabilized. Others were dehydrated or suffered head injuries. Not all those that were rescued survived.

Earlier this week, most of the squirrels were divided up and sent to stay with certified home-based rehabilitators. Donations of hand and bath towels are needed, Gipson said.

The babies will be released in several weeks as soon as they adjust to being outside and can forage on their own for food.