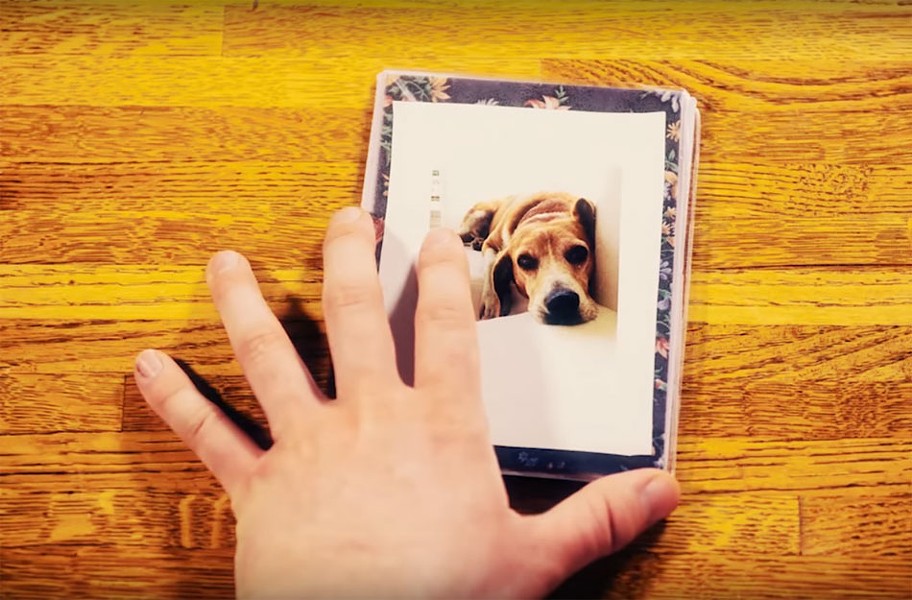 Lost pets are a common occurrence in Richmond. Barely a week goes by without a local social media call to help locate a runaway cat or dog because, well, Richmonders love their animals.

But in 2016, there was one lost pet in particular whose presence was felt across the city: Bagel the Beagle, who ran away from home in June. His owner Jocelyn Senn's search for the missing dog spanned well into the fall. You might recall the news stories, the posters and hashtags that seemed inescapable in the city before Senn called off her search in November.

While the story might not have a happy ending, students at the VCU Brandcenter were gripped by the story, filming a documentary about the search for a class final project. The end result, "Find Bagel: The Story of Bagel the Beagle," was completed last month.

Andrew Jones, who worked on art direction for the project, says in an e-mail that his team was intrigued by the impact this one missing dog had on Richmond:

"For the last project in our Visual Storytelling class we were tasked with making a documentary on a topic of our choosing. Our classmates brought back a wide variety of stories ranging from bartenders’ tales of wild nights to the intricacies of running a goat farm. Since this was our last year at Brandcenter, we wanted to tell a story that focused on the city that had adopted us the last few years. We instantly knew there was something special about Bagel. Out of all the missing pets -- why did this dog have such an impact? To one woman this was the disappearance of a cherished pet and friend, but to an entire community it was a pseudo-celebrity man hunt that meant something different to everyone. The story was more multilayered than we could have ever imagined. It wasn’t just about a lost pet, it was about an incredibly successful guerilla marketing campaign, conspiracy theorists, community support and community outrage, pet psychics, dead ends, and hope."