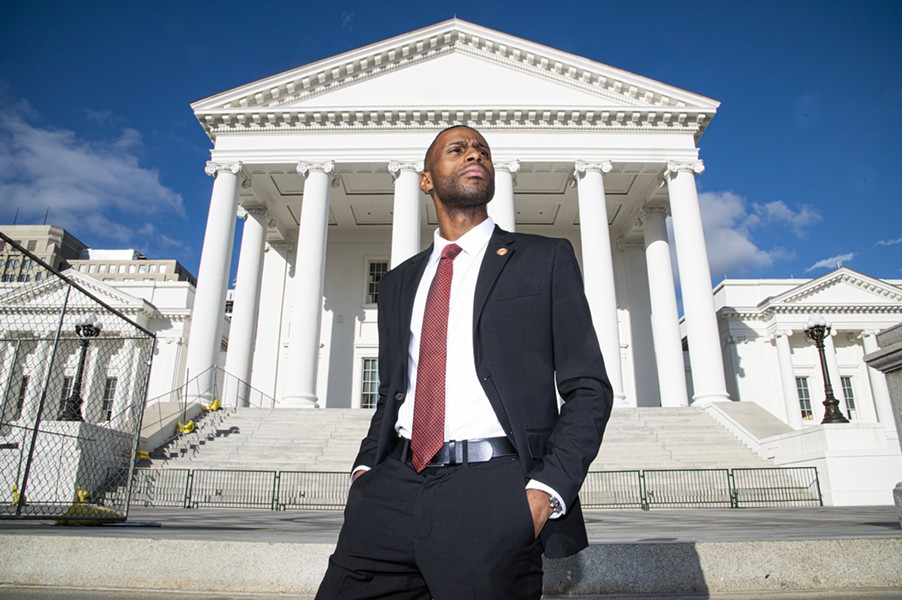 It seems improbable that the executive director of the Substance Abuse and Addiction Recovery Alliance of Virginia is only 29 years old -- until you talk to him.

It was June 2020 and the pandemic had just begun when Victor McKenzie took over as executive director of SAARA of Virginia. Under his leadership, the organization’s staff has tripled in size and revenue has doubled. McKenzie leads advocacy work centered on the General Assembly, pushing for more resources for those affected by substance use.

Because he took over during the pandemic, much of his early work was done virtually.

“We had a real footprint in Richmond, but it was face-to-face and [then] we had to go virtual, which we anticipated being difficult since many people in recovery have no regular access to quality internet, or are technology-challenged,” McKenzie explains. “But we were able to be nimble, connecting with people in their living rooms and ended up serving more people than ever before.”

New programs were rolled out –food pantries, senior transportation, workforce development-even as overdoses began to pick up. One of McKenzie’s biggest priorities is addressing “barrier crimes,” defined as crimes that prohibit employment, which includes many low-level drug crimes. “Someone in active addiction is more likely to be involved with the criminal justice system, and that presents a problem when looking for employment,” he says, adding that he feels the solution involves building a broader coalition to deal with the stigma.

It's a stigma McKenzie faced firsthand when SAARA of Virginia began looking for a new office headquarters location. Several property owners expressed concern about having recovering addicts in the space.

“I told them we serve and represent those in recovery and this will be administrative offices,” he recalls. “If I’m facing that, [as] a non-profit executive – I can only imagine what someone in active addiction or recovery must face to get a roof over their head. My job is to meet people where they are.”