Love poems and steam engines collide in the Cabell Library. 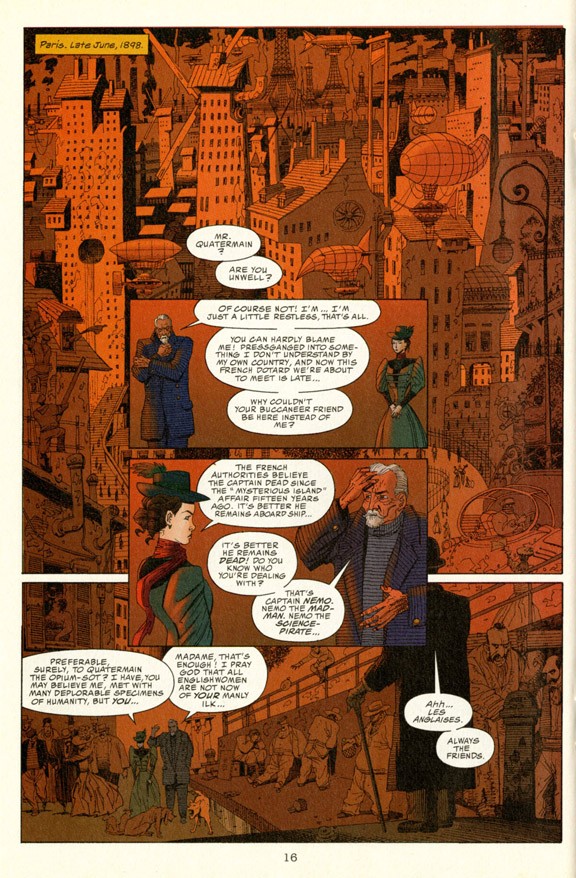 "If one looks above the street-level coffee shops, tattoo parlors and eateries on Broad Street, you're struck by the Victorian eclecticism of Richmond," says David Voelkel, a collector of Victoriana and curator at the Valentine Richmond History Center.

The national Victorians Institute must be struck by this, too. 2012 is the fourth year since 1989 that its conference has come to Richmond — and it's just the thing for anyone who needs a fix of Charles Dickens, Robert Browning or the Brontë sisters.

While the conference is academic in focus, it brings with it two free exhibits open to the public. First is an exhibit on steampunk, a Victorian-inspired art and fashion movement, drawn from Virginia Commonwealth University's vast comic arts collection.

"The Victorian-inspired, futuristic-fantasy, steampunk exhibit focuses on 'The League of Extraordinary Gentlemen' comic by Alan Moore," says Cindy Jackson, archival assistant for comic arts at the James Branch Cabell Library. Each issue of "The League" includes dozens of references to novels and stories from the Victorian era, such as Captain Nemo from Jules Verne's "Twenty Thousand Leagues Under the Sea."

Prefer classic Victoriana? In celebration of the bicentennial of Browning's birth, the Cabell Library plays host to "Robert Browning, 1812-1889: a Bicentenary Exhibition from the Mark Samuels Lasner Collection." Visitors can see autographed books and books from the Victorian poet's library, personal letters, photos, an original drawing by Browning to illustrate his poems, and letters from him written from Rome in 1854. The show includes some items never before exhibited, such as the playbill to "Columbe's Birthday," one of Browning's three produced plays.

Noteworthy for its Richmond connection is the book "Red Cotton Night-Cap Country," published in London in 1873, also on exhibit in the Browning collection. An author's presentation copy, it's inscribed: "Mr. W. Gordon McCabe — with the best wishes of Robert Browning. Aug. 4, '85." McCabe, a Confederate veteran and proprietor of Virginia boys' schools, was a poet and man of letters who also became friendly with poets Lord Alfred Tennyson and Matthew Arnold.

The Robert Browning exhibition opens Thursday, Oct. 18, with a talk by Mark Samuels Lasner at 7 p.m. at the Special Collections and Archives in the James Branch Cabell Library. It runs through Dec. 7.

The steampunk exhibit opens Oct. 18 at 6:30 p.m. outside Special Collections and Archives and runs through Dec. 7.