Vertigo at the Camel 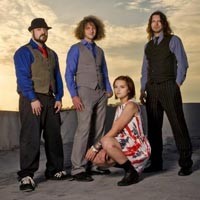 Unlike its name, the indie-rock band Vertigo is anything but unsteady. Led by pianist Lindsey Stamey's powerful, permeating vocals, these unsigned Knoxvillians establish the kind of hard-rock presence that would draw any fan of Amy Lee's Evanescence. Stark and at times recklessly emotional, the band is catching significant buzz with the upcoming release of its sophomore album, “The Coming and the Going.” Vertigo performs at the Camel on Monday, July 27, at 8 p.m. $7. 353-4901. — Lauren Nicole Hill