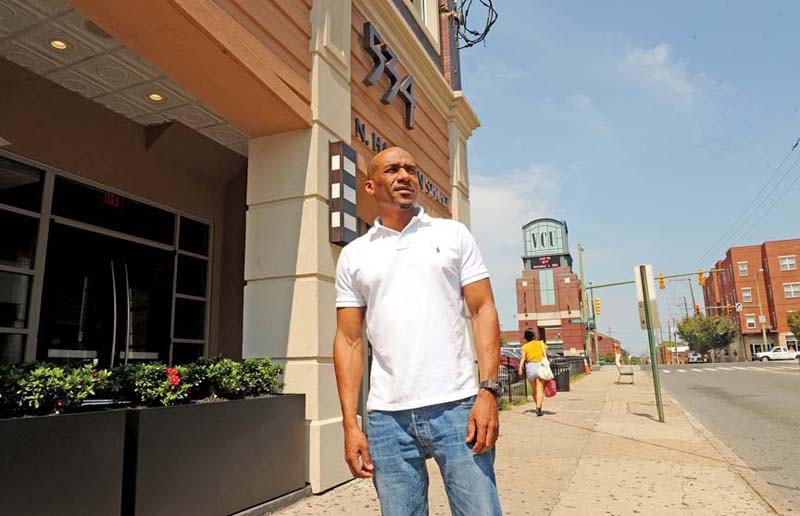 After years of battling with police, the Virginia Department of Alcoholic Beverage Control and Virginia Commonwealth University officials, Nat Dance is unveiling a new look for his controversial Club 534.

The facade is renovated, new signs are up and there’s a patio with tables, flat-screen TVs, planters and mulch. Inside there are modern sofas and high-back chairs, new tile and fresh paint, and another eight flat-screens with the latest in digital and social media technology.

The plan: to turn the nightclub into a daytime destination for students on North Harrison Street. Dance plans to open the cafe for lunch and dinner in about a week — he’s still awaiting final inspections from the city.

“This has always been the plan,” Dance says of the new cafe, adding that he still plans to keep the upstairs nightclub going. “This is who I am.”

Seven years ago VCU tried to buy the property while supporting an attempt to revoke the club’s liquor license, saying the nightspot led to frequent fights and gunfire in the streets after the club let out. Late last year, Dance says the university approached him again attempting to buy the property, but he turned away the offer. Now he’s taking a different approach.

He says the club’s outer appearance didn’t truly reflect the kind of business owner he is. So he spent $100,000 sprucing up the place and hopes to take advantage of its prime location near the Siegel Center, student housing north of Broad Street and the academic campus. During the spring and fall semesters, the sidewalk out front bustles with students. The VCU bookstore is on the next block.

“I just looked like I didn’t belong,” Dance says of the club before the renovation. “This is something I wanted done 10 years ago.”

During the first full week of classes last week, Dance meets with staff and consultants about the new cafe and the menu, still unsure of how he wants to position the business. “The expectations are a lot higher,” he says.

VCU Police Chief John Venuti drops in for a visit on Wednesday. “You got it looking good, man,” he says. “I’ve been kind of watching the progress,” he tells a Style Weekly reporter. “It’s looking really good.”

If thing go well, Dance says, he’ll be in a better position to scale back the nightclub business, while the cafe “would be the primary focus as far as an exit strategy.”

He says he’d be willing to work with the university, perhaps teach students the ins and outs of running a business like his. “This is the difference between a real situation and a textbook situation,” he says. “I’m like ‘Yo, I’ve been there before.’"