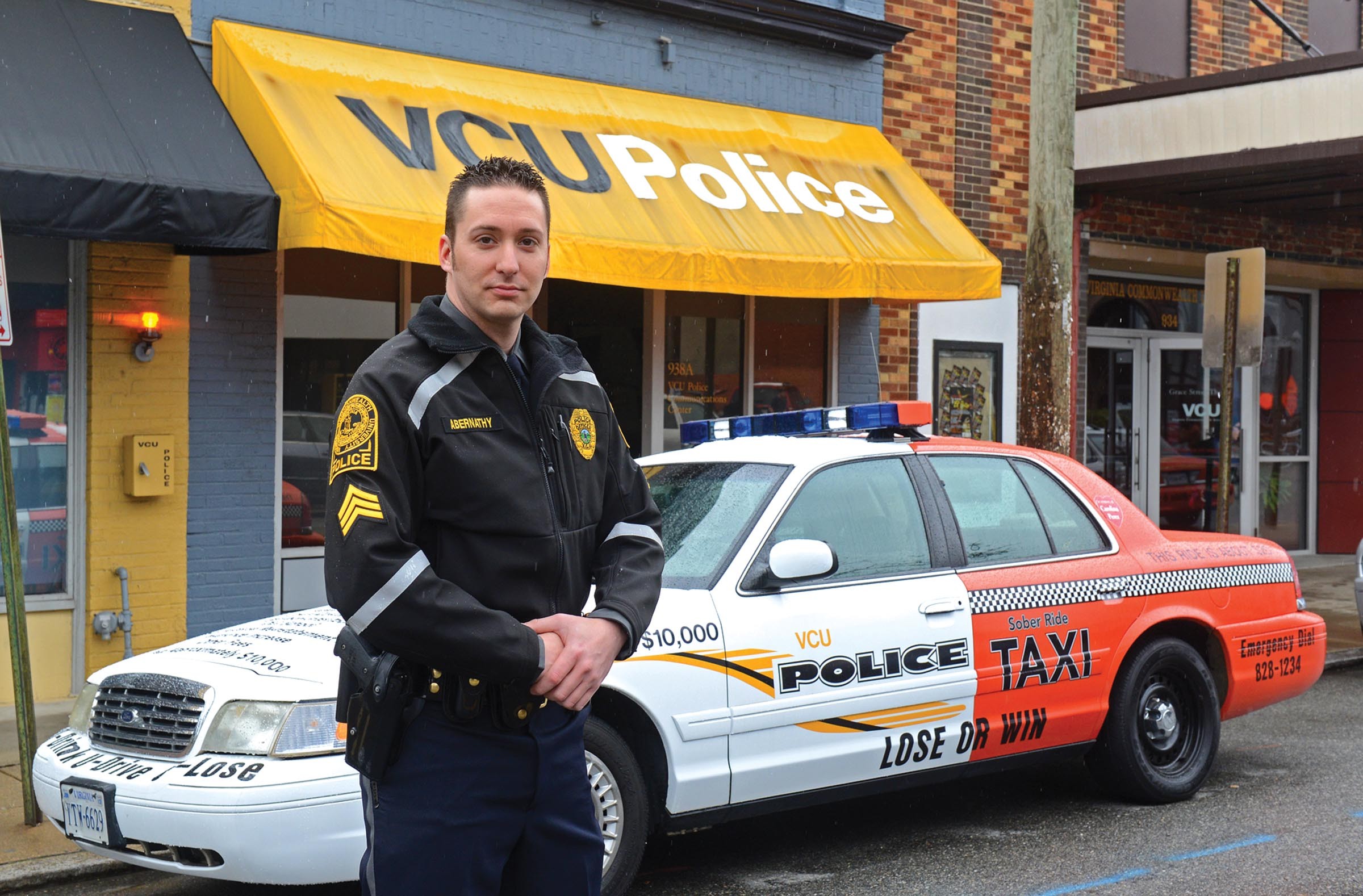 Seven and a half months into the year, there have been 145 arrests. During the entire 2011-'12 school year, which ran from Aug. 1 to July 30, VCU police reported 186 drunken-driving arrests.

But that's not necessarily because more people are drinking and driving, says Christopher Preuss, the university's assistant police chief. He attributes the increase to three officers who are "extremely prolific at DUI arrests."

"We've just become more aggressive than we were previously via those officers," he says. Collectively, Preuss says, the three men are responsible for 65 of the drunken-driving arrests. That's out of a force that's 90 officers strong.

In response to the spike, the department refinished an old cruiser to look like a police car in the front and a taxi in the back. The message of the campaign is that a cab ride is far less expensive than a drunken-driving conviction, Preuss says.

Joel Abernathy, who's made 26 drunken-driving arrests this school year, says he's racked up more arrests partly because he patrols at night and focuses on alcohol infractions. His strategy is to interact with as many drivers as possible, he says. For example, if he pulls someone over to inform them they've made an illegal U-turn and smells alcohol, he follows up.

Sometimes drunk drivers are impossible to miss, he says. His last arrest on the charge came after a driver almost swerved into him and then turned the wrong way onto a one-way street.

"I always try to emphasize: If you're going to go and drink, you should plan to get a ride, a taxi or walk," he says. "Because it's much less of an inconvenience than getting stopped by police, or having an accident and getting hurt, or hurting someone else, which is hopefully what this campaign will do — educate people."

Addendum: Only 8 percent of those charged with drunken driving by the university's police department this academic year were students.