VCU: No Rams Sandwich for You

Even if you bleed black and gold, you can't eat a Skeen sandwich. 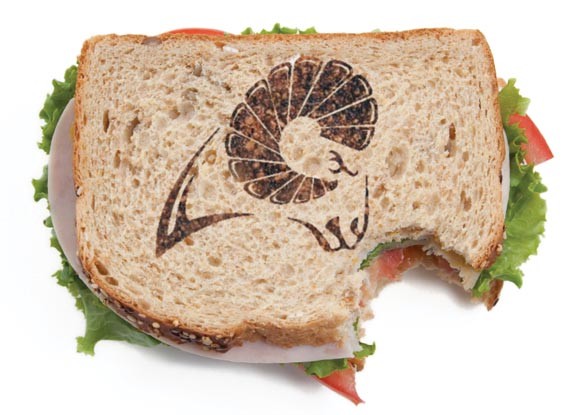 Apparently it's an NCAA bylaw, Garnett's manager Kendra Feather says. "We didn't know," she says, adding, "If my dumbness got someone in trouble, I would feel terrible." The restaurant swiftly changed the sandwich names to jersey numbers.

So the Jamie Skeen — grilled roast beef, cheddar, pickled mushrooms, red onions and garlic aioli — became the No. 21. The Ed Nixon — bacon, gouda, tomato and caramelized onion on rye — became the No. 50.

The NCAA bylaws say that only a university, or outlets controlled by the university, may sell "any commercial items with names, likenesses or pictures of multiple student-athletes." Items displaying a single athlete's name, picture or likeness can't be sold at all. That's why you can't buy a Rodriguez jersey at the VCU bookstore.

But is a bacon sandwich the same as a bobble-head doll? And can the NCAA tell a restaurant what to do? NCAA and VCU staff did not return calls. VCU may have been playing it safe, as the university can be dinged by the NCAA for permitting the illicit use of a student's name.

Other restaurants in town had Final Four specials too. Jak's Bagels in Carytown was selling a beat Butler bacon, egg and cheese bagel. And River City Diner had the Shaka shake, Burgess burger, Nixon's chicken nachos, and the Rodriguez Reuben. A manager at the Bellgrade location says she's not aware of any complaints from VCU — maybe because they're not using the players' full names, she theorized.

She was surprised to hear what happened at Garnett's, she says: "You'd think they'd appreciate the support, know what I'm saying?" — M.S.S.