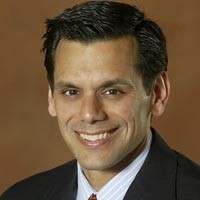 After a year of scandals that have damaged Virginia Commonwealth University's academic reputation abroad, some current and former faculty members expressed hope that the next president would focus on academics.

Michael Rao, 42, named as the successor to retiring president Eugene Trani last week, appears to have left them wanting.

The president of Central Michigan University has a reputation for rocketing through the administrative ranks and overseeing massive physical growth at the Lake Pleasant, Mich., university. His scholarly work isn't quite as impressive.

According to Rao's curriculum vitae, his last two teaching gigs were at the University of Florida, where he taught graduate-level technology classes from 1988-1989; and at Pasco Comprehensive High School in Dade City, Fla., where he was an adjunct math teacher from 1983-1984. As for his published work, Rao lists no books, and his published research focuses mostly on higher-education administrative policies and chemistry-related work.

“He doesn't sound like the sort of literary rhetorician I had in mind,” says retired VCU history professor William E. Blake Jr., who served on two presidential search committees, adding that he's a pragmatic choice since “technology is the most powerful force” in the current economy.

Indeed, as Trani earned a reputation as a builder, so, too, has Rao. During his nine years at Central Michigan, Rao's overseen lots of new construction, including new libraries, residence halls and a research and technology center similar to the Virginia Biotechnology Park. Last year, he won approval to build a new medical school.

“I'm not impressed,” says a former professor with close ties to VCU. “I've always felt that VCU needed a very strong academic. VCU really needs exactly what [the University of Richmond] now has — a wonderful scholar.”

Ed Ayers came to UR a year ago as a nationally recognized teacher and scholar on the American South, and had been dean of arts and sciences at the University of Virginia. The Carnegie Foundation named Ayers as National Professor of the Year in 2003. Rao hasn't taught in 20 years, according to his resume.

Still, Dan Ream, president of the VCU Faculty Senate, says he came away impressed with Rao, who earned a reputation as being a collegial administrator who made few decisions without faculty input. In that sense, he's the anti-Trani.

“He comes from a place that has a pretty good shared governance experience,” Ream says.

Ream, who was part of a small team of faculty members allowed to interview the presidential candidates, says Rao impressed with his attention to detail and his focus on turning the university into an academics-first institution. Regarding the scandals — the degree scandals and Philip Morris contracts — it “didn't come up,” Ream says.

As for the comparisons to Trani? Alan V. Briceland, an emeritus history professor, says that might not be such a bad thing. “If Trani had success with it, why not continue?” Briceland posits. “Why break the mold?”

Clarification: In earlier print and online versions of this story, Dan Ream, present of the VCU Faculty Senate, was quoted as saying, “The faculty seemed to run the university there.” The comment was a reference to the University of California, not Central Michigan University, where Rao has been president since 2000.