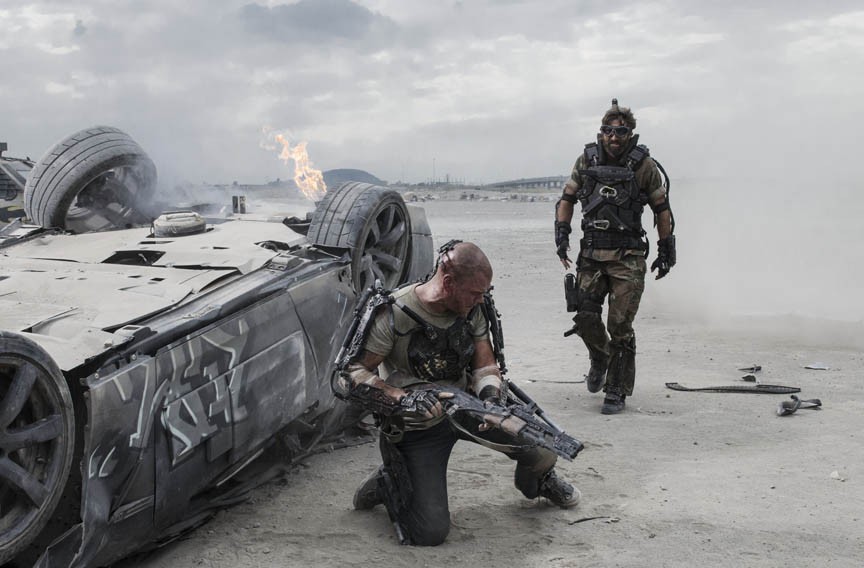 Just as Richmond recovers from the Redskins’ encampment, it will be invaded again. But instead of hulking, fleet-footed men in helmets, it’ll be giant, shape-shifting bugs and menacing spacecraft. Or, at least, their computer renderings.

Longtime Hollywood concept designer TyRuben Ellingson will join the full-time faculty of Virginia Commonwealth University’s department of communication arts this fall. Ellingson, whose latest creation is the Raven, a flying vehicle with a nasty disposition in the Matt Damon sci-fi film “Elysium,” will be a professor of concept design. He plans to teach students not only the techniques and skills of his profession, but also provide them with wisdom gained from more than 20 years in the field. Ellingson worked on such films as “Men in Black,” “Hellboy,” “Avatar” and this summer’s “Pacific Rim.”

He got his start in 1989 as visual effects arts director for George Lucas’ Industrial Light and Magic, where he eventually worked on “Jurassic Park.” Ellingson recalls using a primitive program back then called Paint to come up with the flesh tones for the dinosaurs. Today, even filmmaking amateurs have access to visual-effects software so sophisticated it seems like science fiction by comparison.

But Ellingson says he isn’t as enamored with the modern tools of his trade as you might assume. They’re so commonplace, they’re becoming irrelevant, he says. More important, he says, are creativity and originality, traits he learned to value at an early age, and that he believes can be taught.

“In five years I guarantee everybody will be able to run everything that is required to do digital filmmaking,” Ellingson says. “So, the question is, ‘what is filmmaking coming back to?’

“It’s not the skill set. It’s not the work flow. It’s not the materials and the equipment,” he says, speaking from his new home in Woodlake. “What’s original? Creativity is a commodity, one that is going to go way up in value.”