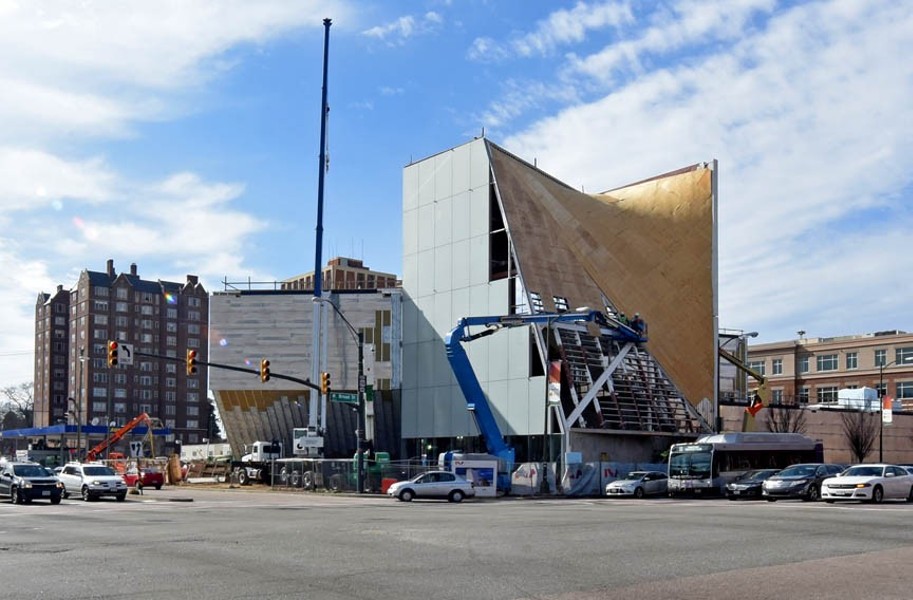 Scott Elmquist Art lovers will have to wait until spring to visit the ICA.

City sidewalks surrounding the Virginia Commonwealth University Institute for Contemporary Art, now under construction at the intersection of West Broad and Belvidere streets, are being poured in concrete and laid in stone. And the reflecting pool in the sculpture garden has taken form. But the nascent arts center announced this morning that it is delaying its announced opening from October 28 to a yet-to-be- determined date in spring.

“It’s such a complicated building,” says director Lisa Freiman. “And it’s under construction at a time when construction nationwide is booming.”

Sources close to the project say that while the construction of the iconic building is moving along, it has been an especially challenging process from the start due to its unique design. The final decision to postpone the opening, however, concerned the inaugural installation of intricate art pieces. Hanging and installing the work while finishing touches were made to the interior and exterior was not tenable.

Steven Holl Architects of New York is the architect and Gilbane Construction is the contractor for the $41 million project.

“The structure is looking beautiful,” said Freiman,” But we want to have enough time to make the opening show as great as the building.”

She added, “The artists are both relieved and thrilled at the extra time.”