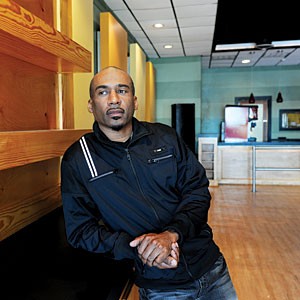 The owner of Club 534 has had his battles with Virginia Commonwealth University, but Nat Dance says he was willing to listen to its recent offer.

Seven years ago VCU tried to buy the nightclub on North Harrison Street from its previous owner, Dance's landlord, supporting an attempt to revoke the club's liquor license. University officials told the Virginia Department of Alcoholic Beverage Control that when the club let out, fights and gunfire would erupt in the streets, endangering students.

But that was in the past. Mitzi Lee, the university's real estate services manager, asked Dance if he'd reconsider selling his property, Dance says. He told her he'd try to keep an open mind, allowing the university to appraise the property.

He says he met Lee in her office on West Grace Street on Dec. 22, around 1:30 p.m., to review the appraisal. It was upward of $800,000, which seemed reasonable. But VCU wanted him to vacate the premises, and didn't offer compensation for his business.

Dance is in the midst of remodeling the face of the property — he plans to open a cafe during the day that caters to students and faculty. But Lee informed him that the offer was as-is, he says, and that he might want to call off the construction to avoid dumping any more money into the property.

Dance says he told Lee he'd keep an “open mind,” and agreed to meet again. He left just before 3 p.m.

Minutes later he was in cuffs at the hands of a VCU police officer.

“He said, ‘Step out the truck,'” Dance recalls. “He grabs me, throws me around and threw the cuffs on me.”

The inspection sticker on Dance's pearl white 2002 Cadillac Escalade had expired in October. After writing him a ticket, the police officer complained that he couldn't read Dance's signature on the summons, Dance says. Frustrated that he was being treated unfairly, Dance asked to speak to the officer's supervisor. He was eventually released after satisfying the supervisor that the “scratch” on the summons was indeed his signature, Dance says. No additional charges were filed.

Pam Lepley, a spokeswoman for VCU, declines to discuss the incident, saying it's pending “adjudication in traffic court.” Lepley also declines to comment on the real estate negotiations, as they are also pending.

Dance, however, says the deal is off. He says he called Lee back after he was released. “You can forget about any deal,” Dance says he told her.

He says he doesn't believe the officer had any idea that he was in early negotiations with VCU about selling his property — but no matter. After years of battling with VCU, Dance says he realizes there were larger forces at play that day.

“I told [Lee] it must have been an angel above,” Dance says — “‘You going to sell out to them this easy?' Something was telling me this whole situation was just meant to be.”