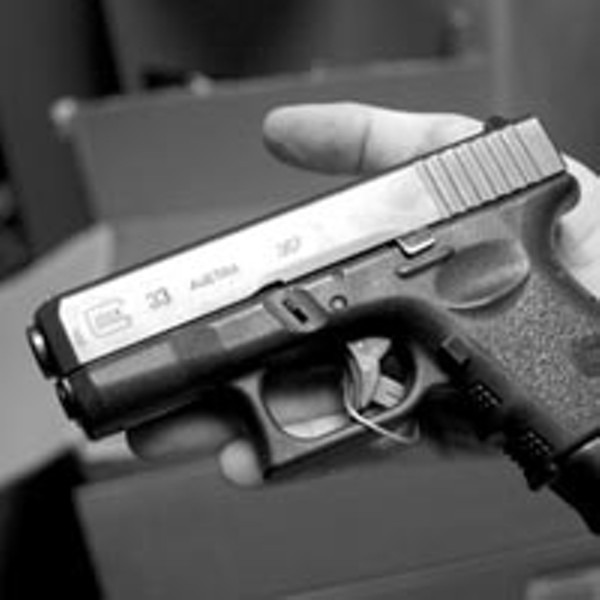 "We didn't want this stuff spilling over to campus," Fuller says.

The arrests come as VCU continues to garner national headlins over the disappearance of 17-year-old student Taylor Behl. And in a recent issue of Style, senior contributing editor Edwin Slipek Jr. recounted his experience as a bystander at one such shooting spree, which occurred Aug. 23 in broad daylight on Ryland Street by VCU ("Bullets Over Ryland," Sept. 7). VCU Police have arrested a suspect, charging him with unloading seven rounds from an AK-47. Amazingly, police say, no one was hit.

On April 11, 2004, Virginia State University senior Jose Andujar was shot and killed at the corner of Pine and Broad streets. The homicide plagued police and VCU officials for more than a year until they apprehended Keyon Lamont Starling in May. A Richmond Circuit Court jury convicted him of first-degree murder Sept. 1.

Meanwhile, VCU Police have seized 30 guns of various makes and models over six months, ranging from Ruger 40-calibers to Glock 357s to AK-47s, says Sgt. Preuss. He carries a folder with pictures of confiscated weapons that he'll give to federal officials in the U.S. Attorney's office.

The newest gun of choice that "everybody likes," Preuss says, is the Hi-Point 9mm compact, a plastic polymer that can be picked up for about $100 at gun shows. According to the consumer Web site www.defensereview.com, owners of the weapon call it "reliable as can be" and "the AK-47 of handguns." — Brandon Walters