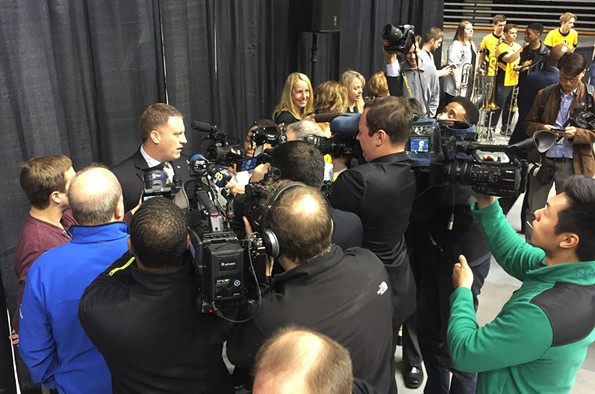 The head coach of Virginia Commonwealth University's men's basketball team gave a recent interview where he spoke out about the controversy surrounding Richmond's Confederate monuments.

Coach Mike Rhoades voiced his support for the removal of the statues and emphasized in the interview with Mid-Major Madness that he would be having discussions with returning players, most of them African-American, to get their take on the issue.

Rhoades notes that he will not discourage his players from speaking out. Athletes voicing their opinions on social justice issues has become a hot topic across the professional sports world, particularly since the actions of NFL players who chose to kneel during the national anthem.

Mostly the article emphasizes how a coach's role in college athletics extends beyond the court. VCU Basketball has yet to announce its 2017-2018 schedule.