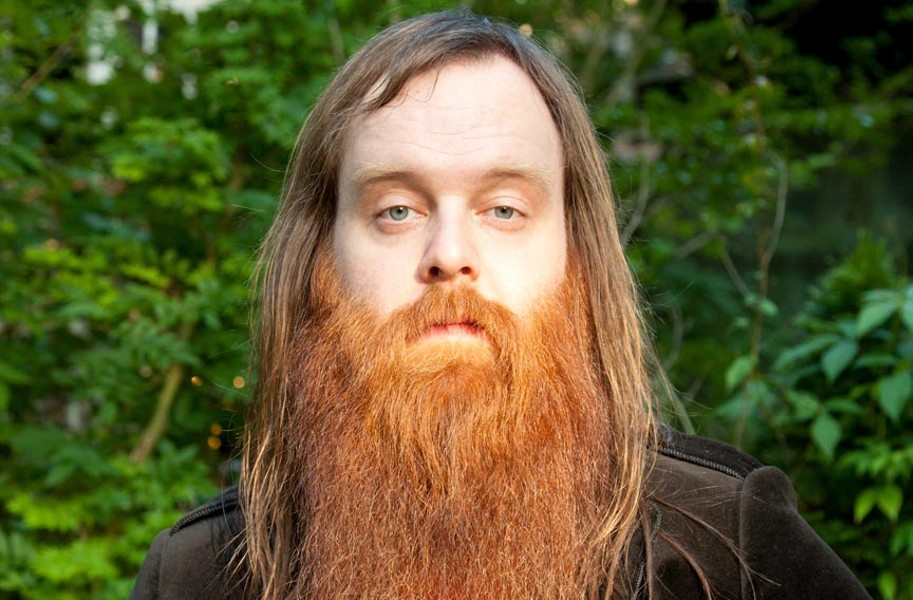 Kelly Starbuck The singer known as Valient Himself made his name leading the hard rock group Valient Thorr, which was mostly based around Chapel Hill, North Carolina.

Valient Himself is on the way out the door to pay his earthly taxes.

Now in addition to his successful Thorr band, which still tours the globe but on a lesser scale due to members having new families, Himself is wailing with a local hard-rock group, Brief Lives.

And he’s fine with waiting to pay Uncle Sam until after this interview.

Himself says he hadn’t really lived anywhere in 10 years since leaving his job as a Chapel Hill schoolteacher to tour the world with the hard-partying metal band. That included four tours with Motorhead and others with Gogol Bordello and Joan Jett.

“It’s pretty fun sleeping on couches,” he says. “But it’s really no fun living out of a suitcase for more than five years. Anything more is bullshit.”

So Himself and a longtime girlfriend from Washington decided to meet in the middle in centrally located Richmond. He’s shopping for a home on the North Side. Relocating was an easy adjustment because he already knew many of the heavy hitters in the Richmond music scene.

“But it’s kind of nice to not know as many people [as in Raleigh, his last home base]. I’ve met so many rad people here but I don’t go out and party like I used to,” he says. “I do feel like I’m in record-store heaven. … And it’s cheap to live — in all caps!”

The singer wanted to find a new band for his down time, so he answered a Craigslist ad and soon was fronting the hungry band of 20-somethings in Brief Lives.

“It didn’t matter what kind of music it was, I wanted to do something different,” he says. “I was feeling a ‘Nuggets’-style psych band would fit me more. I was always told I sound like Roky Erickson with the Gun Club or something. I feel like that’s the weird twang that I have. But [Brief Lives] is a more ’90s, AmRep, Jesus Lizard, Quicksand kind of sound.”

In addition to his twang, he also has a sturdy heart, having donated a kidney to his ailing father in 2008, and then touring Europe only three weeks after surgery.

Brief Lives has completed four short tours across the United States and recorded a cassette with good response. He says the group has enough material for a full-length and is thinking of shopping demos around to various labels, such as Merge Records.

And yes, Himself is going to do what he can to bring his friends Motorhead back to Richmond. That old rumor about Lemmy blacklisting the River City over a thrown bottle at the Flood Zone is just a rumor, he says: “It’s more about the bread.”

Brief Lives perform with Planes Mistaken for Stars at Strange Matter on July 23.