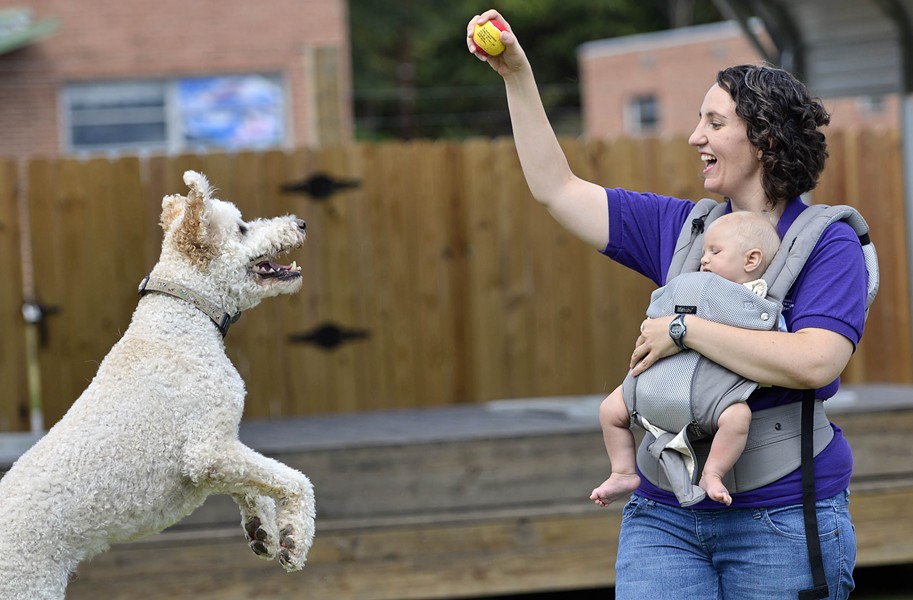 As a novice dog trainer, Valerie Paul thought she could handle anything.

Then she met Phoenix.

The collie mix's extreme aggression had defeated other trainers. "He would go from being completely lovable to Cujo," Paul says. So she took a drastic step: She kept him in her home for a month and worked with him daily, then spoke weekly with Phoenix's owner for six months.

Together, they figured out what the dog needed and how to work around his triggers, such as someone approaching his food bowl. Was Phoenix perfect? No. But he finally fit into the family.

As the owner of Impawsible Pups, a day care, boarding, grooming and training facility, Paul works with both family dogs and shelter dogs to help them overcome behavior issues and become happy, confident pets. An avid runner, she's a big advocate of canine fitness. She says the best part of her work is "watching these dogs transform so they could keep a home or find a home."

She does it all despite recent tumult in her family life. In July, when her daughter Anna was just seven weeks old, Paul found out that tumors had been discovered on her mother's spine. She was diagnosed with stage-four, small-cell lung cancer. Paul immediately began making plans for her mother to live with her and her husband, Hans. She starts work at 6 a.m., takes her mother to chemo at 9, and returns to the kennel, often with her infant daughter in tow. Fortunately, Anna can sleep through anything, Paul says: "Dog barking is her lullaby."