In "Rent" the stage lights are on, but nobody's home. 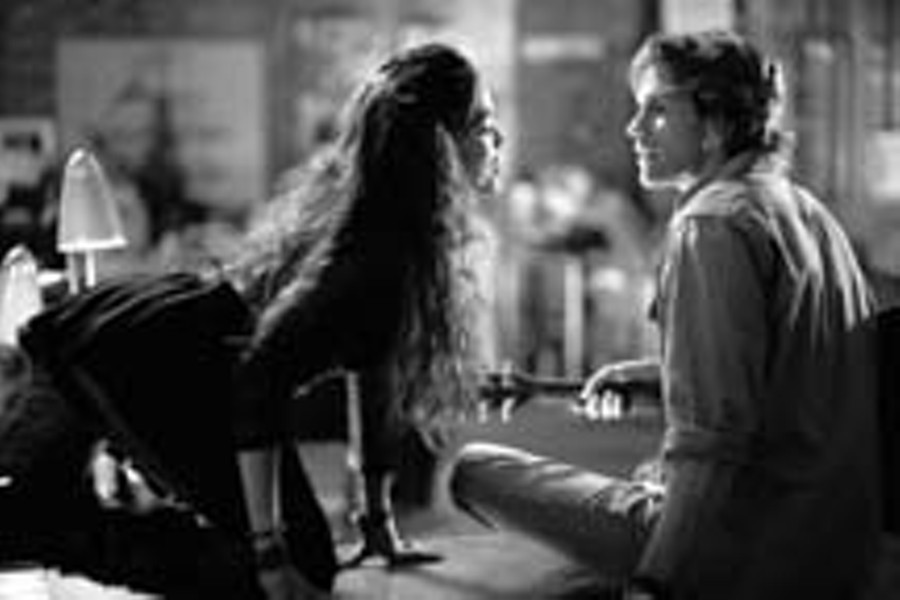 In "Rent," much has been done to preserve the flavor of the original, including the retention of several members of the original Broadway cast, but this endeavor isn't likely to win many new converts to the cause. Despite its creators' best intentions, and a heart as big as a dump truck, this hymn to youth and art comes across as a vain attempt to recapture a moment irretrievably lost. However electrifying "Rent" may have seemed on Broadway a decade ago, on the big screen its musical and dramatic shortcomings can't be ignored.

Set in lower Manhattan in the enchanted, long-ago days of the first Bush administration, "Rent" traces the stories of half a dozen self-styled bohemians who forsake money and respectability in service to their art. In the show's first big number, a whole block of tenement dwellers burn their leases and eviction notices and launch these flaming testaments of their virtue into the street below, heedless of the squeegee men they might set ablaze. Such gestures of defiance are at the heart of what the film celebrates as "la vie bohŠme."

The movie is replete with adoring references to artistic and intellectual heroes spurned by mainstream society, especially as represented by the mostly offstage villains of the piece, Mom and Dad. (Whenever one renter wonders if he should continue to put up with all his hardships, another informs us that all he has to do is listen to a phone message from his parents.) Thus the down-and-out philosopher of the group (Jesse L. Martin) complains that his students would rather watch television than read Heidegger, while others invoke Lenny Bruce, Michelangelo Antonioni and The Sex Pistols as their inspiration.

It would probably come as a surprise to many American teens that their identification with the characters in "Rent" somehow or other aligns them with Heidegger, and with good reason. In its music, plot and cinematic qualities, "Rent" proceeds as if none of its alleged patron saints ever existed. Of course it's usually a good idea for musicals not to stray too far from mindlessness, but "Rent" invokes its betters in a way that leaves us dissatisfied with the film itself. A movie whose characters exult in the name of Sondheim probably should not include the lyric, "Now that the block is rezoned / Our dreams can become a reality."

"Rent" is on much firmer ground when it returns to the musical's home turf: young love beset by difficulties. Each of the story's three couples is either gay, HIV-positive or both. The most compelling pair is Roger (Adam Pascal), a blocked songwriter, and Mimi (Rosario Dawson), who works as a stripper to finance her drug habit. Both have AIDS. Dawson, especially, exudes a hungry sensuality that charges her scenes with the kind of doomed intensity that the rest of the movie strives for in vain. Bursting into Roger's apartment on the pretext of needing a match, she circles him like a cat impatient for its dinner, and their coy duet, "Light My Candle," succeeds as an edgy update of the American musical comedy tradition.

Even their story line, however, is marred by that nagging question of art. When Roger finally overcomes his inertia and announces that he has at last composed the song he was meant to sing, what emerges from his pouting lips is musically negligible pap, the kind of thing beloved of "American Idol" contestants. Has this bohemian learned nothing from The Sex Pistols after all?

Of course we're not meant to ask such questions, just as we're not meant to leave "The Sound of Music" wondering if it really captured the ambiguous relations between the Nazi Party and the Catholic Church (in Austria, no less!). Those are the kinds of questions raised by killjoys — sourpusses like Sondheim, Antonioni and Lenny Bruce.

But a movie musical doesn't have to be bohemian or smart or artistic to be enjoyable, even if its premise deals with bohemianism, intelligence and art. But it has to have better songs and a more skillfully managed plot than the makers of "Rent" have contrived. (PG-13) 135 min.** S