by Edwin Slipek and Scott Elmquist 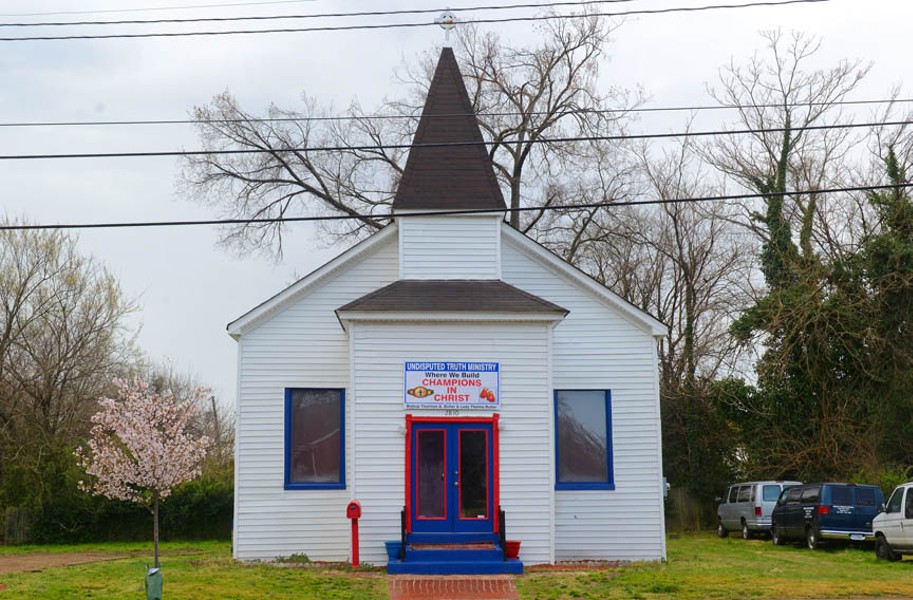 Richmond is characterized by various epithets. The City of Churches label doesn’t exactly embrace mosques, synagogues or temples, but locals get the point. Residents in these parts may not be overly pious, but faith, religion and places of worship are centerpieces in the lives of many people and their families. This is, after all, the city that gave birth to the Virginia Statute for Religious Freedom, written by Thomas Jefferson, which took hold in the First Amendment.

Until recently, it wasn’t only gauche, it was downright unacceptable to begin a sporting event, stage a street fair, go shopping, or engage in any public activity before noon on Sundays. Nothing was meant to compete with or distract from the faithful being in their pews. Even the late Ukrop’s stayed closed on Sundays. How Richmond!

Architecturally, places of worship have been essential in defining the physical and architectural aspects of the City of Churches — especially older complexes. Sadly, it’s been more than a generation since a congregation of a major faith or denomination built a memorable piece of architecture in Richmond. Apparently, church building committees instruct their architects to model sanctuaries on contemporary middle-school gyms or big box retail stores. 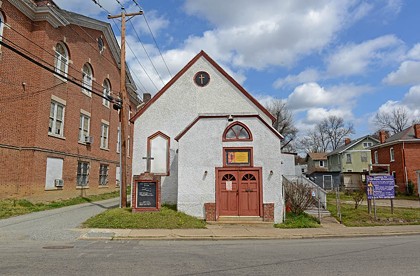 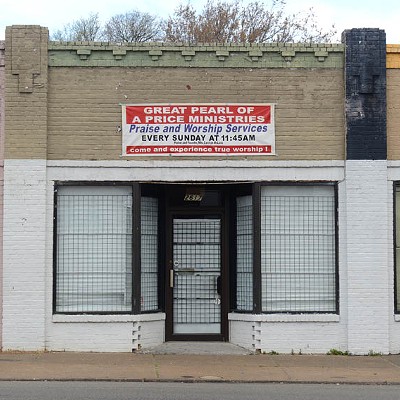 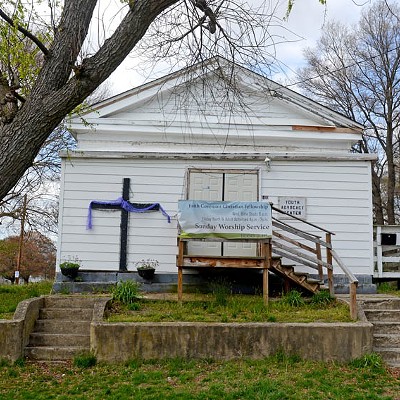 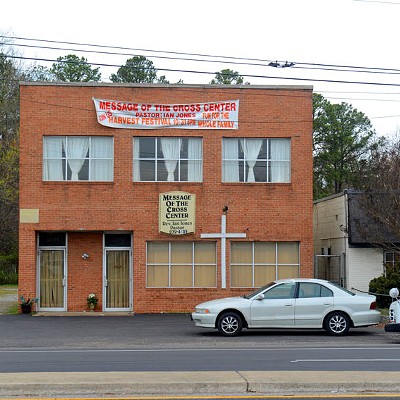 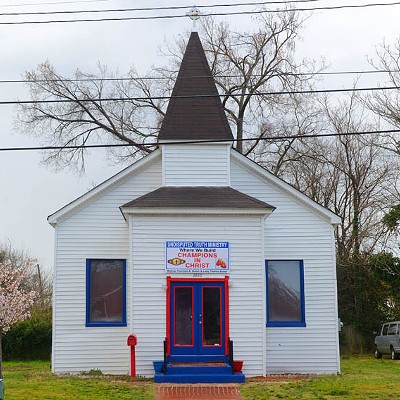 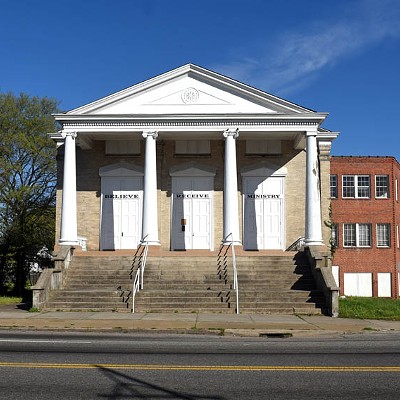 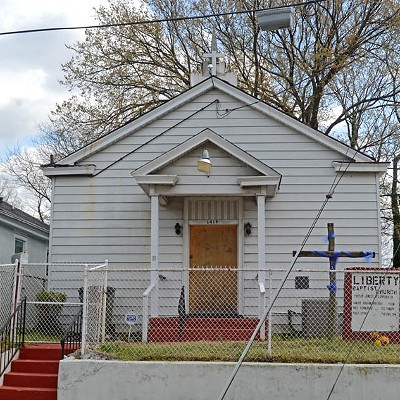 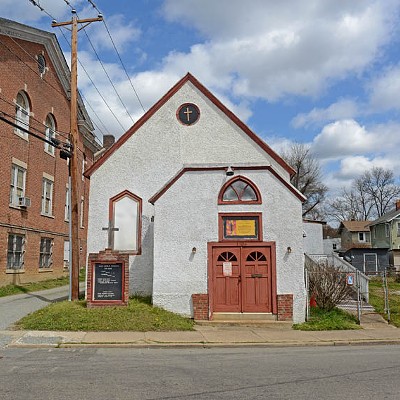 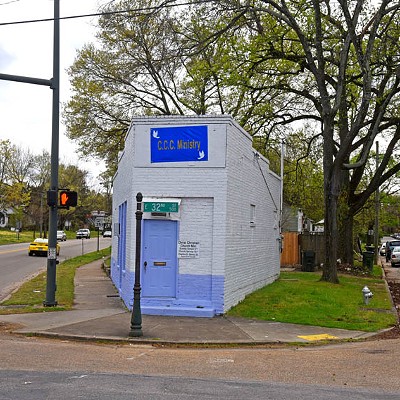 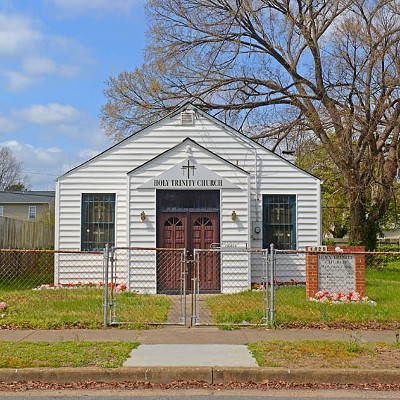 Fortunately, Richmond has deep reserves of religious buildings gracing its neighborhoods. Consider the environs of Monroe Park. On Laurel Street, Grace & Holy Trinity Episcopal Church is a gothic revival gem. And it’s situated only a block away from the splendid Cathedral of the Sacred Heart, a Catholic landmark designed in the French beaux-arts style. Nearby is Pace, an attractive and modernist Methodist student-oriented faith center. Some blocks to the south in Oregon Hill, Pine Street Baptist and St. Andrews Episcopal churches offer quite different plays on the gothic revival.

From season to season, the presence of mainline houses of worship, regardless of the faith or denomination, provides visual pleasure and psychological reassurance in a secular world. Many of our churches are eye-popping, well-proportioned and well-suited to their sites.

But at Easter time, various congregations step out of their understated comfort zones. This could take the form of positioning a sizable, temporary cross near the entrance as a graphic reminder of Jesus’ heinous death. The two attached pieces of wood are draped in purple cloth to signify Christ the King, triumphant. 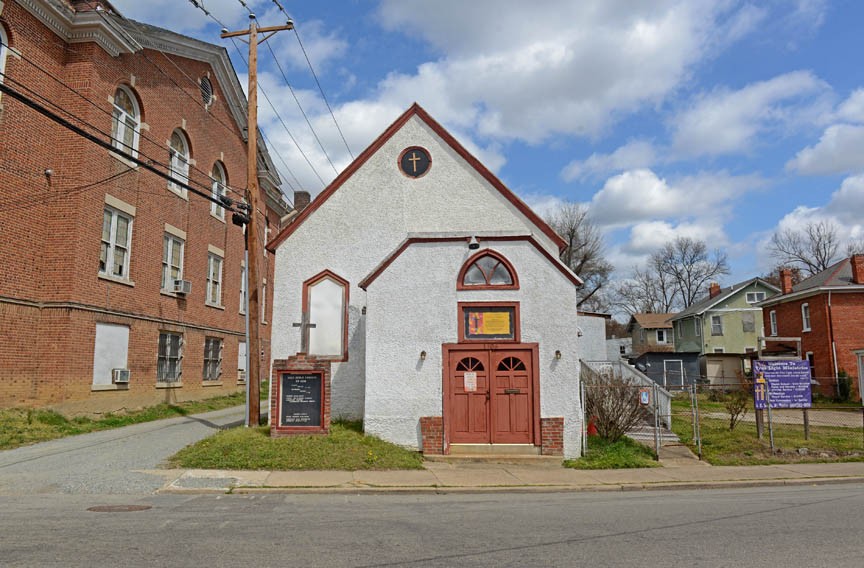 There also are scores of other, more understated places of worship across the city. They likely are in distressed neighborhoods, and add to the urban scene by lining highways and city streets in subtle, intimate ways. Many so-called storefront churches occupy space that once served commercial uses, but whose tenants, customers and clients have fled to greener pastures, or at least someplace else.

Some of these pop-up churches recycle former sanctuaries, small and large, built to house mainstream congregations but abandoned for myriad sociological, economic or religious reasons. They can be straightforwardly simple. And they have a number of things in common.

They tend to attract a tight-knit body of worshippers seeking comfort in messages of hope and love. Attendees find reassurance from the lead messenger — sometimes a minister, sometimes not — an individual, or perhaps a married couple. Their leaders may not be formally schooled in theology, but through inspiration, dedication, energy, charisma and sincerity deliver a convincing message.

Storefronts can also become megafronts. The poster child for such congregations was Jerry Falwell, who in 1956 began his ministry in a Donald Duck soft-drink bottling plant in Lynchburg. 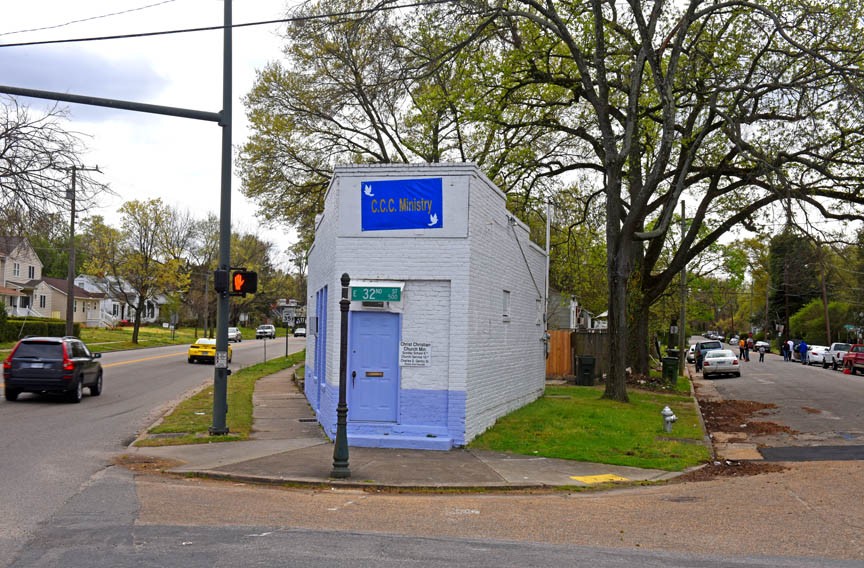 Richmond’s storefront churches are most likely to lean Protestant and attract black worshippers. But Latino-focused and Muslim faith centers also are scattered about, depending on the ethnic and racial makeup of the neighborhood.

Church governance isn’t always beholden to specific denominational governance or hierarchy. Cult of personality and freedom from the establishment is prized. Because such sectors as government, education and the workplace often have failed these worshippers, the faithful are unlikely to turn to more established religion to lighten their psychic load or lift their spirits. Instead, the small storefront churches offer congregants close association with the pastors — and through them, and the god they worship, a more direct path to the Biblical message.

“These can be descendents of parents, grandparents and great-grandparents of people who have done the heavy work, the heavy lifting,” says the Rev. James A. Payne, the founding director of the Virginia Interfaith Center for Public Policy. “These are not people of one particular race, but they know who they are themselves. Their leaders can say ‘I know where you stand because I’ve been there too.’” 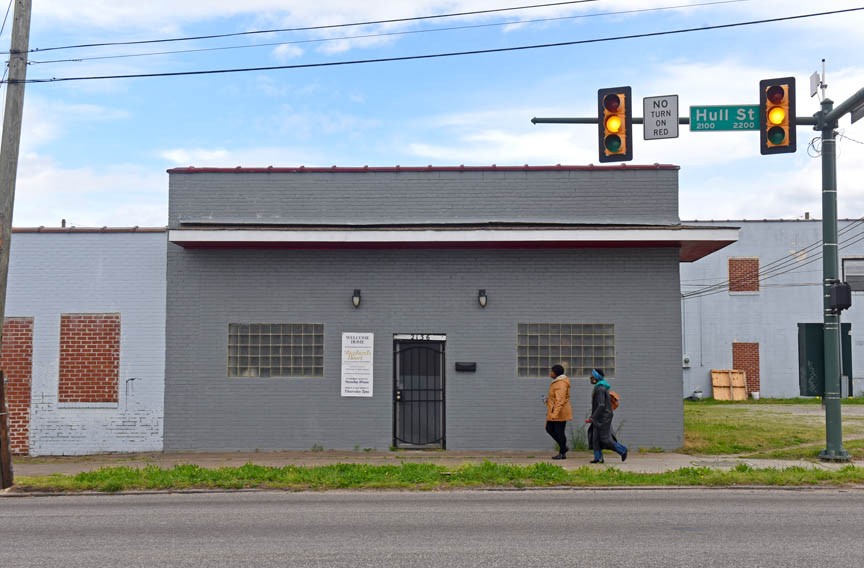 Unlike the often glorious buildings that house more highly established faith groups, there is little architecturally to get in the way of hearing the word. Storefront churches eschew, and probably can’t afford, the gothic finials, classical décor, stained glass windows and other trappings of more established churches. They work with what they have — and it isn’t a lot. Think cinder-block walls, plate-glass display windows, aluminum siding and interior partitions.

Touches of intentional beauty may consist of modest plots of spring flowers or annuals planted in rare patches of earth amid paving. And where these singular places of worship throw out welcome mats, it isn’t with woven red carpets but rather concrete paths painted crimson. 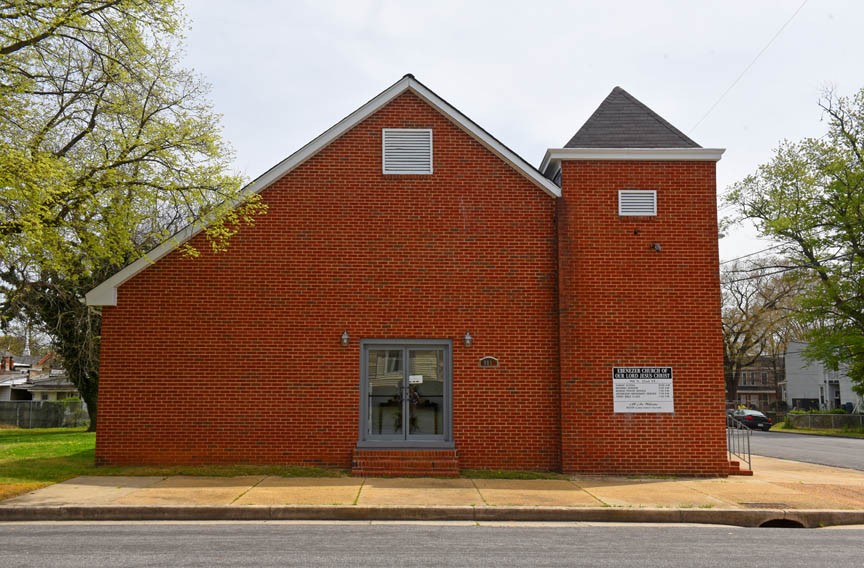 Unlike many Christian churches, the names of these institutions don’t get bogged down with religious and historical figures acting as intermediaries to the hereafter. You won’t find such saints as the Marys, Johns or Andrews being honored. There are certainly no All Saints, for heaven’s sakes.

Instead, the institutions’ names address their intended audiences directly. Three churches — Believe, Receive Ministry, Bible Believing and Hosanna Victory — are typical in that they announce their mission and message up front. Undisputed Truth Ministries indicates its program is simple and strictly Biblical. And the church End Time Harvest goes straight to the point: When that last hymn is sung, will your time on earth have been fruitful?

The origins and need for storefront churches date back to the era when African-Americans were prohibited from worshiping beyond the watchful eyes of mostly white, Anglican religious officials or the laity. Having black preachers with no oversight, the thinking went, would have been incendiary. With the Great Awakening of the 18th century, the Baptist faith had special appeal to African-Americans because congregations were largely independent, with little adherence to a higher governance, except of course, the great one upstairs.

In 1865 the Salvation Army emerged from the Methodist faith and began to convert souls on the street corners and on docks of industrial England. Following Emancipation, and in the 1920s, when migrations of Southern blacks flooded Northern cities — New York, Boston and Chicago — many street-front ministries formed in Harlem, Roxbury and South Chicago, respectively. When blacks moved from rural Virginia to such cities as Alexandria, Norfolk or Richmond, storefront churches offered a helping hand, perhaps a meal, a place of solace and guidance. Their leaders understood. 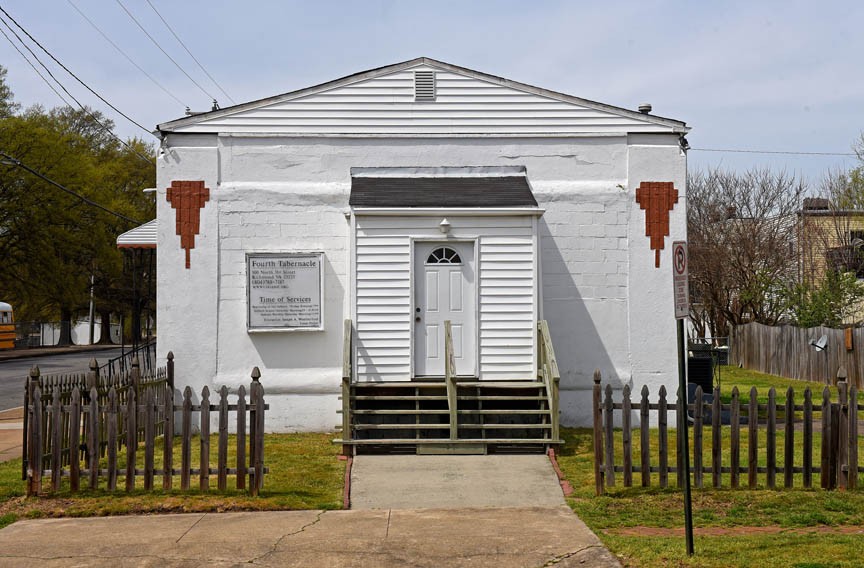 Even established black congregations could be off-putting to city newcomers. One long-established Richmond church reportedly discouraged those whose skin was too dark. To join, they had to pass a tacit grocery bag test to see if their skin was acceptably mocha-hued.

In the 21st century, the need for religious acceptance remains a constant. If there’s a common thread among the storefront churches, it is hope. The symbol remains the cross and this simple sign often is displayed prominently outside storefront churches, whether designed and painted by an experienced artist or fashioned with the tools of a jack-leg carpenter.

There’s inherent simplicity, beauty and vitality in the vernacular architecture of Richmond’s streetfront places of worship. Those qualities stem from what transpires inside — honesty and openness transferred from spiritual and generous aspiring individuals to those seeking some sign, any sign, of higher meaning. S