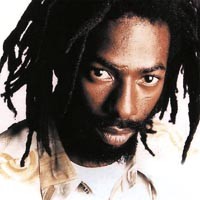 UPDATE: The Buju Banton show on Sept. 26 has been moved the Hat Factory.

A storm of protest seems to be gathering around a planned Sept. 26 performance at the Hat Factory, by Jamaican dancehall reggae singer Buju Banton.

Banton, whose controversial song, “Boom Bye Bye,” advocates the killing of homosexuals, is scheduled to appear at the National on the same date the city's 25th annual Pride Festival will be held at the Gay Community Center, a well-attended annual event that brings together thousands of gay, lesbian and transgender people.

“Our goal really is to have the show canceled,” says Jay Squires, president of the community center. Along with other regional activists, he's started a Facebook page protesting Banton's appearance, which had grown to 1,600 members. “If we're not successful in having the show stopped, it's fair to say that there will be action taken.”

That action could take the form of a mass protest. Several planned shows on Buju Banton's U.S. tour have been canceled because of similar pressure from activist groups in Los Angeles, Chicago, Philadelphia and other cities.

Suzanne Paige, the National's general manager, said earlier in the week that club officials were “trying our hardest” to get Banton show moved to another venue. On Tuesday, the show was moved to the Hat Factory, located on the Canal Walk.

Lion Heart Promotions, the promoter, also said earlier in the week that officials were working to move the show. “We are trying to move it away from the gay guys,” said Lion Heart's manager, Kid Walker, who points out that homophobic sentiments among reggae artists is nothing new.

“Sometimes the truth hurt. The Bible tell you it's wrong to be gay,” he says. “I come back to the freedom of speech [issue].”

Squires disagrees with that. “Free speech is not unlimited,” he says. “This isn't about whether or not you agree with gay marriage or something like that. [Banton] has a history of calling on people to kill us.”

The controversies surrounding the dreadlocked singer, whose real name is Mark Myrie, have been simmering since he released “Boom Bye Bye” in the early 1990s. In addition to the song's visceral lyrics — which promotes shooting homosexuals in the head and pouring acid on them — the singer was acquitted on charges of beating several gay men in Jamaica in 2007. Not long after that, he made headlines by joining other reggae stars in signing a document called the Reggae Compassionate Act, which pledged to stop homophobic sentiments in island music. But Banton quickly reneged on that signing in an interview with Billboard magazine, stating: “F—k them. I have never bashed any gays before.”

Despite recent concerns about nightclubs and public safety, city officials remain hands off. Internet rumors to the contrary, City Council Vice President Ellen Robertson says she won't be meeting with the mayor and police chief about stopping the show. Her liaison, John Westbrook, told Style Weekly in a written statement that “Robertson has been advised by the City Attorney that the City has no jurisdiction over the National Theatre.”