Women’s rights groups can be so adamant about free contraception, yet remain silent in the face of an overseas female genocide. 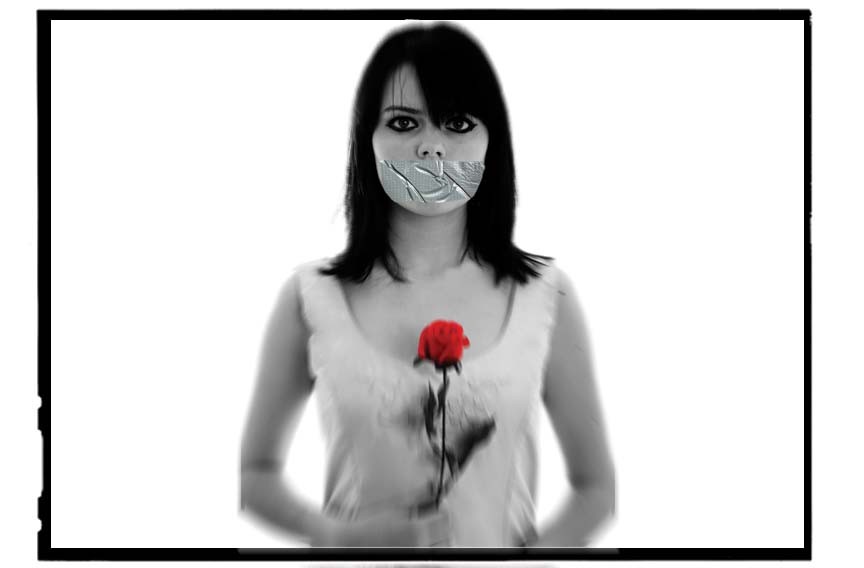 Countries with centralized health care using population inhibitors to control costs inevitably resort to coercive methods to attempt to reach their savings objectives. Our own Affordable Care Act immediately will employ the Internal Revenue Service to coerce people to buy health insurance, and compel church-based organizations to offer free sterilization and contraception against their moral consciences for similar reasons.

Health and Human Services Secretary Kathleen Sebelius took this initiative an ominous step further. She told a House of Representatives panel in March that a reduction in the number of babies born in the United States will reimburse employers and insurers who are stuck paying for the free sterilizations and Food and Drug Administration-approved contraceptives mandated by Obamacare.

"The reduction in the number of pregnancies compensates for the cost of contraception," Sebelius said, suggesting that women aren't capable of making their own reproductive decisions without government intervention, and failing to mention that those same women suffer the most in government-based, population-control strategies suggested or implemented in the guise of cost savings.

The contraception debate is a legitimate ideological conflict, but to label it a "war" waged by Republicans on women's health trivializes the plight of women and girls around the world embroiled in true gender-based struggles. "There have been so many sex-selective abortions in the past three decades that 163 million girls, who by biological averages should have been born, are missing from the world," Mara Hvistendahl writes in her 2010 book, "Unnatural Selection: Choosing Boys Over Girls and the Consequences of a World Full of Men." Hvistendahl quotes an unnamed Planned Parenthood official as saying, "Persuasion and motivation [are] very effective in a society in which social sanctions can be applied against those who fail to cooperate."

For those who contend that it can't happen here, in May the pro-life group Live Action uncovered an Austin, Texas, Planned Parenthood clinic's apparent willingness to assist an actor who claimed to want an abortion only if her baby was female. Once exposed, Planned Parenthood was quick to claim that isn't its official policy.

You only need to look at the "persuasion and motivation" in African and Asian countries that are dramatically reducing the births of girls for an acidic taste of this administration's dangerously misguided suggestions to control health care costs via pregnancy reduction.

China's barbaric one-child model, which gained a sympathizer in Vice President Joe Biden last year, effectively has wiped out a generation of baby girls. As an unintended consequence, China's male-to-female birth ratio of 119:100 has created an epidemic of child bride trafficking because of the shortage of marriage aged women. New School University researcher Dr. L.M. Ling told Congress last summer that in China, 200,000 children a year, usually from poor families, are seized and sold as child brides. Similarly, sex trafficking in Asian countries is exploding to forcefully "service" the overwhelming Chinese male population.

Reggie Littlejohn, founder of Women's Rights Without Frontiers, said in the website expertperspectives.org that "China's one-child policy causes more violence against women and girls than any other policy on earth, than any official policy in the history of the world."

The use of "persuasion and motivation" isn't limited to China: Indonesian women have been taken at gunpoint for mandatory sterilizations; Mexican hospitals routinely sterilize women after giving birth, with or without consent. Peruvian women are similarly coerced into tubal ligations, all in the name of cost cutting.

Centralized pregnancy-reduction programs also have unintended economic consequences: Poor countries that make "fertility management" a priority disproportionately spend meager national health budgets on those programs. The precious few doctors are lured away from primary health care by the big-dollar family planning funding of such organizations as the UN Population Fund and the International Planned Parenthood Federation. Since 1974, these organizations have poured billions of dollars into converting health facilities into family planning clinics in developing countries, impeding basic health care and artificially driving down birth rates in societies that can least afford to do so.

Dr. Stephen Karanja, former secretary-general of the Kenyan Medical Association, told Population Research Institute President Steven Mosher in Columbia magazine that health facilities that once supplied life-saving drugs now are "family planning stations" stocked with "pills, IUDs, Norplant, Depo-Provera and so on, most of which are supplied with American money."

"Our health sector is collapsed," he said. "Thousands of Kenyan people will die of malaria."

If flooding the market with free contraception, sterilizations and abortion drugs truly drove down health care costs, as Sebelius claimed in her testimony, wouldn't insurance companies already make them free? In fact, given their so-called excessive profit margins, it's perplexing why there's no clamoring for contraceptive manufacturers to also hand out their products free.

While the Clinton Global Initiative thankfully addresses the overseas wars on women, it is a sad commentary that stateside agenda-driven women's rights groups such as the National Organization for Women are adamant about free contraception but remain silent in the face of an overseas female genocide. These are the very women and girls they claim to want to empower and educate.

Treating pregnancy and children not as gifts from God but as expendable byproducts of cost-cutting fertility management schemes — that is the true war on women. S

Correction: In earlier print and online versions of this story, we incorrectly reported the male-to-female birth ratio in China. While news accounts vary, the Chinese news service has previously reported the ratio to be 119:100. We regret the error.

Dale Brumfield is an author living in Doswell.