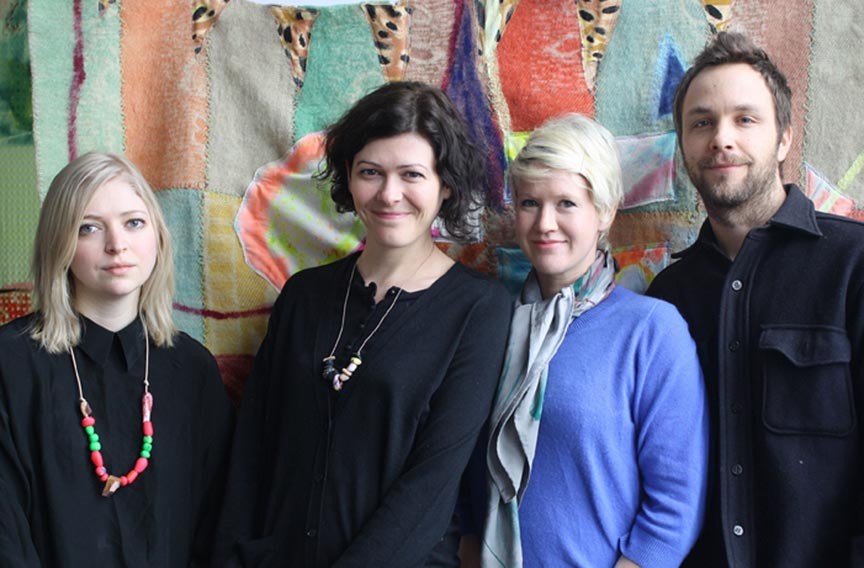 A group of Brooklyn-based artists is about to metaphorically yell "action" in Richmond.

Part open studio, part performance art and part site-specific installations, "Action Painting" at 1708 Gallery will play host to a two-week burst of creativity. A four-person collaborative, Fort Makers will arrive a few days before the show to begin working on hand-painted textiles and fabrics to be used in the installations. Visitors are invited to watch while members create the materials for tent and quiltlike forms that will be installed across the city.

"Richmond's size is a great strength for a project like this," Fort Makers artist Naomi Clark says. "It's a small enough city that one can cover a lot of ground in just a few days. It's easy for a newcomer to explore and it has such a rich, engaging past. The city also has wonderful outdoor parks and public spaces. It's a city where people can learn."

The temporary installations will be scattered through the arts district and by the river. The public will have access to the work, as 1708 director Emily Smith explains. The artists will "install a fort or tent, leave it up for less than a day, and then take it down," she says. "Then they'll rework the materials to be reused at another installation." Artistic recycling, so to speak.

"We use 'forts' as a metaphor for installations that may or may not include an actual fort," Clark says. "We think of fort not only as a noun but also as a verb. To fort means to set up an alternative world in this world. It includes finding and gathering materials and working with the environment to create a beautiful and thought-provoking space."

As might be expected for a group of 21st-century artists, all of this will be constantly photographed and blasted to the world using Facebook, Twitter and the group's Tumblr. Back at the gallery, visitors will find photographs, maps of sites, sketches and, perhaps most important, an installation schedule — "so the public can follow the action in various ways," Smith says. "They can come to the gallery and see the artists at work or follow the action at various sites around the city or follow on social media. What we thought was interesting here is that it's a way to get the public to explore the city through the collaborative art making."

Because the artists aren't from Richmond, the project's intent is to offer locals a different perspective. The group has visited Richmond twice for five and six days at a stretch, and while 1708 personnel have made broad suggestions for areas to check out, the specific site selection is purely that of the group. Things kick off July 20 with a low-key block party around 1708 and a chance for visitors to see the first batch of tents and quilts. An artists' talk follows Aug. 1, and for the Aug, 2 First Fridays Art Walk, there will be an installation in the arts district. The group hopes to do at least five installations during a two-week period, essentially building on itself. But only for a brief moment.

"This way of working is open to the elements, humans and weather, so there are lots of ways the art might be impacted," Smith says. "The materials are not precious in the way we often think of art objects. They're meant to be ephemeral." S