Though we have much to be thankful for here in Richmond, our inability to complete projects before we move on is uncanny. 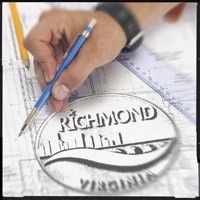 Members of Richmond City Council:
It is with great interest that we witness the onslaught of media coverage concerning a baseball stadium that will, like most minor-league ballparks around the country, lose money. Because it appears that the proposed stadium in Shockoe Bottom is dead I will avoid that topic and address the economics of Shockoe in general.

This is my 29th summer as a businessman in the Shockoe area. I am very bewildered about absence of management and oversight of the hundreds of millions of dollars in capital investments, both public and private, that surround our community. Shockoe is a reflection of downtown and downtown is in an extremely stressed state of affairs. We are surrounded by unfinished and ignored investments. I have not seen or heard one member of City Council address the state of the $50-million Canal Walk that sits empty and with no public restrooms, or the unfinished retail space in the Riverfront on the James project on Brown's Island. That's in addition to a downtown office vacancy rate of nearly 20 percent.

Though we have much to be thankful for here in Richmond, our inability to complete projects before we move on is uncanny. City leaders are considering bringing city buses to Main Street Station after we spent years trying to move the Greyhound bus station and the transient bus riders off the main drag on Broad Street. After spending more than $52 million on Main Street Station — there are fewer than 20 train riders a day — we have to find a way to secure high-speed rail with very few shops, restaurants or retail in the immediate vicinity. Main Street Station, like the shores of the James River, Brown's Island and the Canal Walk, needs funding and basic maintenance. Those of us who have invested millions of our own private dollars (in Shockoe Slip alone, business owners have invested more than $150 million) are faced with an infrastructure that is in disrepair with no help in sight. Healthy trees, working streetlights and clean sidewalks are what visitors look for.
We have a $170 million convention center on Broad Street with no public transportation from it … to anywhere. The hotels are isolated and the revenue numbers in Shockoe are staggeringly depressed. As a downtown we have lost our edge and are losing ground — and our customer base — to the surrounding counties on the weekends. Downtown hotels face shrinking occupancy during the week. I did informal exit interviews with the 10 retailers who left Shockoe Slip in the last two years. The lack of short-term parking during the day and no transportation to and from any of the hotels or tourist attractions were cited as the main reasons for leaving. The cookie-cutter regional malls — including the city-subsidized Stony Point Fashion Park — offer free parking and a host of new restaurants and retail shops.

Shockoe Slip has character and a natural historical setting that is unique and is said to be the jewel of downtown, but we need to dress her up and apply some basic Southern hospitality. Basic public services and a little capital investment in the existing retail base could offer a nice return to the city. Since 2003, our revenues have continued to drop in downtown and that means less tax revenue.

Instead, City Council voted to pull the funding for the parking management and transportation plan that expanded west to Virginia Commonwealth University and east to Rocketts Landing two years ago. The funding was pulled after the city administration worked for months with the private sector and a nationally recognized parking management company from Atlanta — where you can park, play and shop.
GRTC Transit System had developed a transportation link scheduled to connect all the major hotels downtown and tourist attractions from Jackson Ward to Tredegar Iron Works and the Jefferson Hotel to Shockoe Bottom, only to have City Council vote down the funding proposal.

Media continue to be obsessed with simplistic renderings of a publicly funded stadium that will likely lose money wherever it ends up. The downtown master plan, on the other hand, was well conceived, publicly aired and required the hard work of an entire community — only to end up on a CD on my desk.
A ballpark, a marina and a dirty bus transfer station cannot fix what common sense says about connecting this great city of historic neighborhoods. Let's support the existing core and give the not-so glamorous infrastructure a financial bump, which would increase the revenue streams of the downtown hospitality and retail core.

Let's take the resources we have and finish what we've started and stop all this if-we-build-it-they-will-come stuff. Instead, let's reinvest and manage our existing resources. S