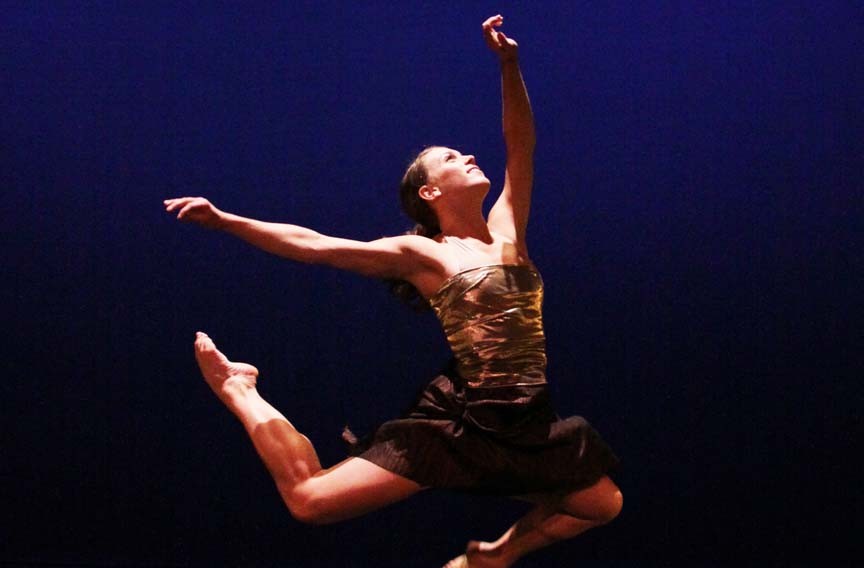 When award-winning New York choreographer Kate Weare completed her two-week residency at Virginia Commonwealth University's renowned dance department in October, she left a lot more than her choreography. One of her pieces, titled "Murder Your Darlings," will be performed at the VCU Dance Now concert this week, along with new works by faculty and guest artists.

Weare's work, while not exactly killing the dance majors performing it, certainly scrambles them a bit. Known for her ferociously intimate exploration of human emotions and the desires fueling them, Weare demands transformation from dancers.

"For many of them, they are dancing and pushing their bodies in a way they haven't before," says assistant professor Christian von Howard, who's serving as rehearsal director for the work. "It's physical but it also has an emotional layering to it. It's physically taxing and emotionally taxing as well. If they are really going to do the work, it's going to take everything."

Known for intense physicality and partnering, Weare's work requires dancers to interact intimately. "It's about a communal struggle of sorts," von Howard says of "Murder Your Darlings." Weare didn't assign roles to the dancers — the roles developed organically after she left. "Everyone has their own way of working through life and reacting to different people and situations," von Howard says. "As we have gone through the rehearsal process, the dancers have figured out what their role is in the community and then they figure out how to react to the other people in the cast."

"It's a challenge," acknowledges junior Johnnie Mercer. "You have to be very close to your peers and know who they are and how they move. You had to really get up close and personal to each dancer in the work — which made the process a little more difficult than what I'm used to."

Maeve Talbot, who's graduating in the spring, says "you have to push your partner around and not have anger, exactly, but this kind of pent-up energy building on the inside and releasing at the right moment."

The result is a work in which dancers tangle and break apart in charged moments of attraction and communion. "All the dancers got so sore we could not even manage our bodies after all that partner work," junior Catherine Faszewski says.

Recently post partum when she worked with the students, Weare taught with her new baby in her arms. "Even though she had her baby in the room with her," Faszewski says, "she was working so hard to make this a piece people won't forget. And the fact that she had the courage to dedicate herself to us when she has her other responsibilities was phenomenal." Faszewski was so inspired by her work with Weare, she says, that she decided to pursue concert dance instead of commercial dance, as she'd intended.

In addition to rehearsals for VCU Dance Now, each student has a full schedule of classes, with their days typically ending around 10 p.m. "Nobody sleeps," says von Howard. He also teaches a full day of classes in addition to rehearsing Weare's work and his own contribution to the VCU Dance Now program. Titled "Tiny Sisters," this work started, as so many things do, with a Google search. In this case, stories that von Howard found online about the struggle of women who ended up leaving convents. "It's about your personal faith," von Howard says, "whatever that is — your faith with yourself, your faith with your family, your community and deciding you're done or want to try another option."

An equally diverse range of works makes up the rest of the concert. "The faculty is from all over the place with so many different experiences to share," student Mercer says. "It's also not just about the dancers or the choreographers — it's about the spirit of the program and how the professors work together with their students to create something new and professional — something that has meaning. It's not just a pirouette or a jump. It makes you think." S

"Murder Your Darlings" will be performed at Grace Street Theater as part of VCU Dance Now concert Feb. 21, 22 and 23. Tickets are available at showclix.com or by calling 828-2020.