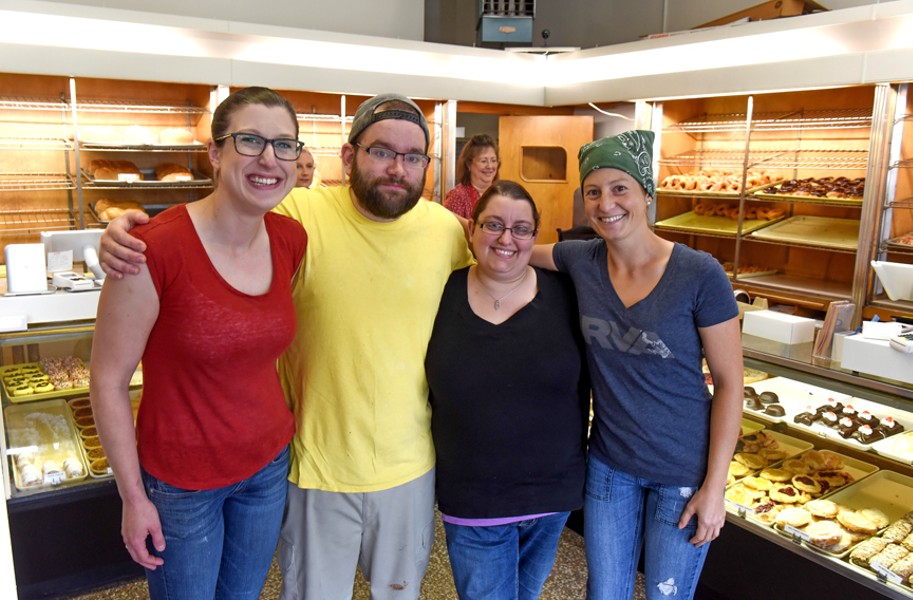 Everything old is new again — or simply stays the same. That’s the case these days at the Westhampton Pastry Shop on Patterson Avenue.

The bakery opened in 1952, and in 1972, Guy Rogers Jr. bought the business. There were plenty of bakeries back then: Dot’s Pastry Shop, Williams Bakery, Michaela’s Quality Bake Shop — the last two are still thriving and Dot’s was bought by Ukrops Super Markets in the mid-1970s. All of the bakers and owners shared a common background — they worked together at Thalhimers’ bakery before striking out on their own. In fact, Rogers’ father, Guy Rogers Sr., started the department store’s shop. “They were old friends,” says head baker Neal Packer. Nonetheless, it was a friendship, perhaps, with an edge. “Well, I will say [the bakers] were in competition.”

Guy “Boots” Rogers III, who took over from his father in the mid-1990s, devoted himself to the Westhampton right up until he sold it in July. “He worked until he was on oxygen, carrying it around, and still telling people how to do their jobs — until he just physically couldn’t do it anymore,” says Packer.

In July, the Oley brothers, George, Anthony and Mark, along with cousin Billy Fallen, bought the bakery. The Oleys “had been coming here their whole lives,” says general manager Carrie Lammon. “They wanted to make sure that everything remained the same as it’s always been.”

It helps that the new owners kept the Rogers’ entire staff. “Everyone has been classically trained by Boots and Diana,” she says. That includes Packer, Lauren Pietrzyk, head decorator and front of the house manager Carleigh Dowling. Packer says he still calls Rogers for advice. And although there have been a few incremental changes — Pietrzyk is updating the wedding cake design — customer favorites remain firmly on the shelves. There was a little shake-up to the lineup when the new owners took over, but the staff went straight back to all the Westhampton classics in January.

“I want to serve my son the same stuff I used to eat when I was growing up,” says Pietrzyk. “I want everybody to have the same feeling when they’re 50 as they did when they were 8 — exactly the same experience every time, walking out smiling.”