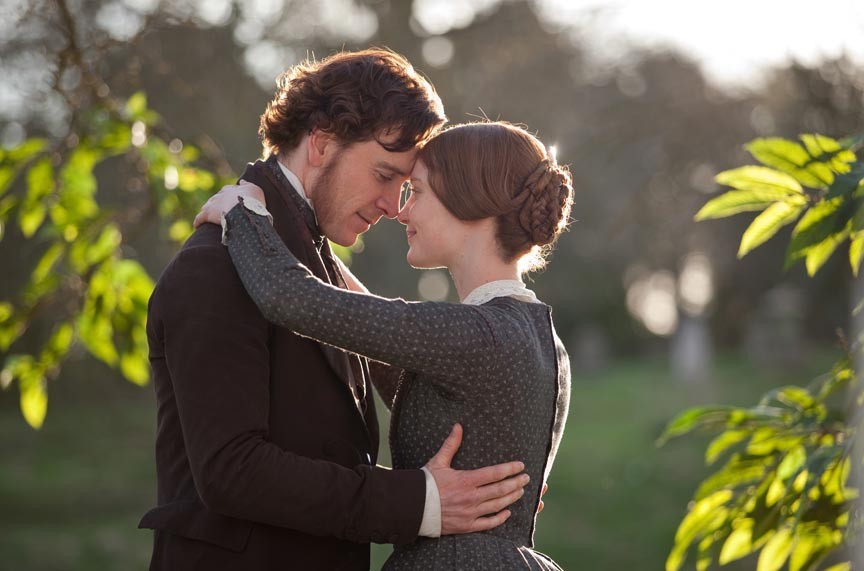 The various producers of the latest "Jane Eyre" adaptation, including BBC Films and Focus Features, were probably hoping to shake up their period film by handing it over to a young upstart director.

The only problem is they went too upstart, choosing Cary Fukunaga, who, having directed only one previous feature, an odyssey of Honduran immigrants, proves far too green and probably ill-suited to handle this material. His writer, Moira Buffini, has been around a little longer, but the limitations born out in the film belie the honors her script received before it was produced. There are many bones to pick with this adaptation of "Jane Eyre," but overall it's just an unaffecting mess.

The movie's principle fault is in racing through Charlotte Brontë's story, while rearranging its plot in an attempt to give it a contemporary pace and flavor. We get two scenes illustrating young Jane's (Amelia Clarkson) heartbreaking treatment at the hands of her adoptive family, then two more of her confinement at Lowood School — arguably the most moving portions of the book reduced to obligatory highlights.

The rest of the film concerns adult Jane (a beautiful but vacant Mia Wasikowska) and her tempestuous relationship with her employer, Edward Rochester (Michael Fassbender). Jane is given more room to vent her frustrations and hopes in this section, but they lack the proper perspective and significance wrought from Jane's earlier years, which, of course, were mostly cut (probably because they couldn't include Wasikowska).

"Jane Eyre" continuously interjects scenes from the last section of the novel, in which she flees to the home of an infatuated missionary (Jamie Bell), a completely unnecessary and interruptive structural device. It all might have come off a lot better if the picture retained any of the novel's qualities, such as its depth of feeling.

Fukunaga's film continuously indicates a fundamental lack of understanding of what's at stake in Jane's world, which is not making sure minor characters are populated by the likes of Judi Dench. It's easy to see why novices would be so eager to take on a plum job like "Jane Eyre." The question is why someone let them. (PG-13) 115 min. S