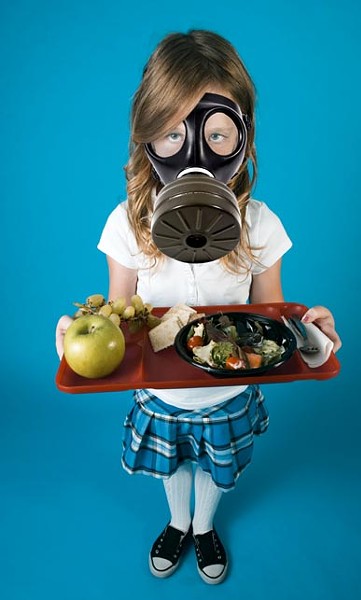 The Richmond and Henrico public schools have averaged about one critical food violation per facility each year during the past two years, according to the Virginia Health Department — the highest average of all central Virginia school systems.

Like restaurants, schools are examined by the state's inspectors to ensure food safety, with the number of inspections per year depending on the type of food prepared. A facility that only heats up frozen meals might be inspected once a year, but one that uses raw ingredients might be visited four times annually.

Inspectors arrive unannounced, checking things such as food temperatures, cleanliness and employee conduct. Critical violations consist of problems that might result in sickness if uncorrected, and their presence may call for a repeat visit from inspectors. The most common critical violation is storing food at an improper temperature, which can allow bacteria to grow.

"We're looking for any kind of practice that may put the dining public at risk," says Gary Hagy, director of the health department's food and environmental services. Hagy says that it's "not uncommon" for an establishment to have a violation or two, though he notes that school cafeterias should have an easier job than restaurants of staying on top of things.

"Everyone can have the proverbial bad day," Hagy says. "I tell people to look at several inspections. If you see a lot of critical repeats over time, that should raise a red flag. … Any time you start getting above two criticals per inspection I would start having concerns, particularly if they are the same violations over and over again."

Gayton Elementary was cited on two different inspections for problems with rodents. On the second inspection, the inspector noted that "2 large bags of whole wheat macaroni were rodent gnawed." A follow-up inspection later that month revealed no more traces of rodents.

Roberson says that some of the violation numbers recorded for specialty schools might skew the system's annual rate. Open High School, for example, has no cafeteria but offers cold, pre-packaged meals.

Officials for the Henrico County Public Schools did not return requests for comment by press time. S