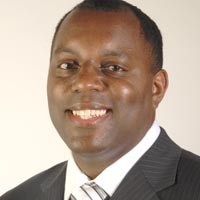 Where do you live? Matoaca District Chesterfield and Collington neighborhood

Where did you grow up? Washington D.C. and Moved to Chesterfield In 1988

Why are you running as an independent? School Board elections are officially non-partisan, so all candidates must run as Independents.

Why aren't you running as a Democrat or Republican? School Board elections are officially non-partisan, so all candidates must run as Independents.

What are your signature policies and campaign issues?
To restore morals, values and discipline to the classroom; to always be accessible to my constituents (including returning all phone calls within 24 hours), so that the people are back in charge of their elected officials, rather than the other way around; to run the School system like a business, with particular emphasis on sound financial management; and to unite the Matoaca District, the largest and most diverse in Chesterfield County.

Which political party do you more closely identify with? Republican.

How do you differ most from them?
I believe in Affirmative Action. The goal of promoting more diversity in society is important. We need to monitor these programs to make sure they are having the desired effect and are not causing harm to others.

What changes would bring you into the Democratic or Republican fold?
Promote more inclusion in the political progress, bring in younger people, and a have a more open and diverse way of solving current problems that Americans are faced with in today's society and make decisions for the future not just for the moment.

How did you arrive at your political convictions?
Getting married and having children, I realized that marriage is very sacred and needs to be protected as being between one man and one woman, and having children, I became more aware that morals and values need to be reinforced in society, because we as a people are losing that battle each and every day.

Who is your political hero? Colin Powell

Is it wrong to steal office supplies? Yes.

What kind of car do you drive? Toyota Tacoma 4 door truck. All men need a pick up truck.