Hanover Herald-Progress and the Caroline Progress end after decades of journalism. 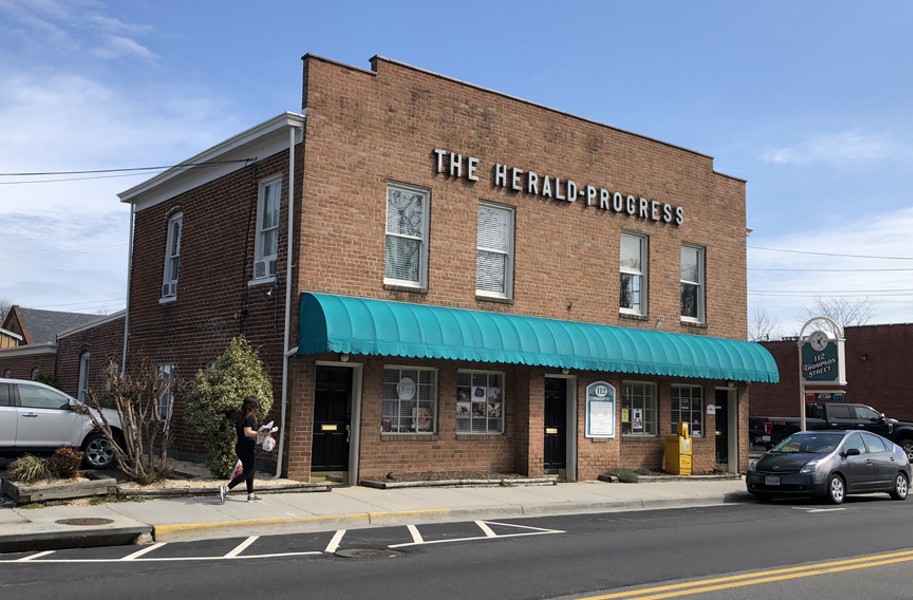 The Herald-Progress, a bastion of community news in Ashland and Hanover County, will distribute its final edition Thursday, March 29, after 137 years of publishing.

One of its sister papers, the Caroline Progress, also will close, staff learned Tuesday. That paper would have marked its centennial next year.

The editor of both local weeklies, Emily Haswell, emailed colleagues with the information Tuesday, saying she learned of the pending closures that afternoon.

In a story to run tomorrow, the president of Lakeway Publishers, R. Jack Fishman, cites financial difficulties as the reason for the closure. “Unfortunately, the paper was no longer commercially viable,” he says.

In Virginia, the company also owns the Northern Neck News, Westmoreland News, Northumberland Echo and the Central Virginian. It owns other newspapers and specialty publications in Tennessee, Missouri and Florida.

Lakeway bought the Herald-Progress from the CV Corp. in 2008, it says. A number of Virginia journalists got their start or made careers at the paper.

Former publisher Lois Watkins received the National Women of Achievement Award by the National Federation of Press Women. And the late Malcolm “Jay” Pace III, who ran the paper for years with his family, the story notes, is “immortalized in the statue of him seated outside of the Pamunkey Regional Library, reading a copy of The Herald-Progress.”

“We greatly appreciate the opportunity to have served the Ashland community for the past decade,” Fishman says in the story.

Another community weekly, the Hopewell News, closed in January after nearly 100 years in business. -- Jason Roop