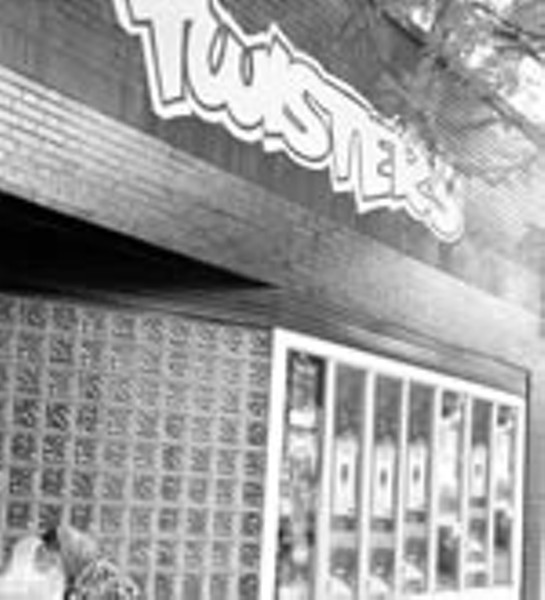 Twister's owner, Vincent Whitt, had considered selling the club but it is not clear whether he has done so. Richmond's real-estate assessor's office still lists Whitt as the owner, but Wright says that there has been a new owner for five weeks.

Contrary to a rumor that the new club will not offer alcohol and will be popular with the "straight-edge" crowd of nondrinkers, the club will most likely cater to a heavy-metal and alternative crowd as before. It will "definitely not be straight-edge," Gordon says.

It's possible that the new venue will have more of a restaurant image than that of a club, and if so, the new name could be the Nine Twenty-Nine Cafe, Wright says. Aside from managing the intensive renovations inside the club, Wright and Gordon are still in the process of getting the necessary ABC liquor licenses and dealing with the Fan District Association and other West Grace Street neighbors. It's hoped that the new club will open on June 1, Gordon says. "It's progressing slowly," Wright says. "but we would love to open by then."