TV: And the best awards show goes to … 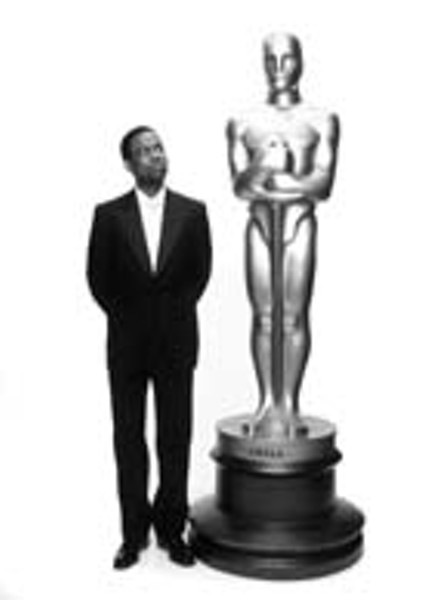 Well, I have bad news for you: You missed the Adult Video News Awards, but you can still catch the Screen Actors Guild Awards, the Grammys and the Oscars in February. Unlike such self-styled democrats as the People's Choice Awards, the recipients of statuettes on these programs are decided the old-fashioned way: in secret chambers by people wearing dark robes and chanting "Oh-wee-oh, oh-oh." But even if that doesn't work out for some of the entertainment world's finest, have no fear, these days there's pretty much an award for everybody who shows up. Except, of course, Martin Scorsese.

The Golden Globes, which aired earlier this month, are chosen by the Hollywood Foreign Press Association, so take consolation that there are possibly cultural differences that explain Robin Williams' lifetime achievement award. Actors love the Globes because the ceremonies are a lot less serious than the Academy's, and because alcohol is served during the show. I love them because the latter means there's a better-than-even chance of seeing Renée Zellweger wobble off her heels into the orchestra pit.

And the nominees for this month's most watchable awards are …

The SAG Awards (TNT, Feb. 5, 8 p.m.), compared with the lighthearted Globes, are serious to the point of self-parody. SAG's statuette, solemnly named "The Actor," is doled out only to performers (no "Best Costume Design" here) who are selected by their peers in the actors' union. In other words, this is what you'd have watched last year if you wanted to see "The Return of the King" get spanked.

The Grammy Awards (CBS, Feb. 13, 8 p.m.) should be a lot more fun, if only to see how much of an ass rapper/producer Kanye West makes of himself if Album of the Year goes to Usher. At the American Music Awards — voted on by the public — West lost "Best New Artist" to country singer Gretchen Wilson and went on a tirade to the press, calling her music a word Style doesn't print and threatening to never again grace the AMA's transom. Neatly making the fact that his album, "The College Dropout," probably deserves to be named year's best is beside the point.

The Grammys will also let Queen Latifah show off her hosting chops, while the Academy Awards (ABC, Feb. 27, 8 p.m.) will do the same for Chris Rock. He's already proven himself by verbally eviscerating the pop-punk band Good Charlotte seconds after it played the 2003 MTV Awards. The betting on this year's Oscar recipients was thrown into hopeless confusion by the Golden Globes, which had the effrontery to honor such dark-horse nominees as Clive Owen and Natalie Portman over such safe choices as Morgan Freeman and Cate Blanchett. If there are too many surprises this year, expect to see Rock cooling his heels next year as the powers that be bring back the inexplicably resilient Billy Crystal. Oh-wee-oh, oh-oh. — Andrew Beaujon

Longtime music critic and Spin contributing editor Andrew Beaujon is proud to be among the select few with "Silver Tier" programming on his digital cable. He is considering upgrading his couch for his new role as Style TV critic.